The following is a summary of the tax related budget proposals announced by the Minister of Finance on 21 February 2007.

Income tax tables and rebates
The tax brackets have been adjusted to provide relief across all levels of income for the year of assessment ending 28 February 2008.

Increase in interest and dividend income exemption
The annual exemption relating to interest income and distributions from unit trusts for individuals younger than 65 year of age will increase from R16 500 to R18 000 and for those over 65 years of age and from R24 500 to R26 000 for taxpayers aged 65 and over.

Capital gains tax (CGT)
The following monetary limits will be increased for tax years commencing on or after 1 March 2007:

Estate duty
The estate duty exemption will increase from R2,5 million to R3,5 million from 1 March 2007.

The rate of estate duty on the dutiable value of the estate remains unchanged at 20%.

The rate of donations tax payable at a flat rate on the value of all property donated (in excess of the exemption) remains unchanged at 20%.

Lump sum death benefits
Payment of lump sums outside the Compensation for Occupational Injuries and Diseases Act (1993) in respect of death while at work be tax free up to a monetary cap of R300 000.

Depreciation
The tax regime for the depreciation of fixed and moveable assets will be reviewed to ensure greater consistency. Some interim amendments:

Corporate reorganisation and BEE transactions
Amendments to the Income Tax Act are proposed to ensure that BEE and other similar restructurings do not encounter undue additional tax expense undermining their ability to raise finance. The following six areas of concern have been noted:

Small business corporations
The turnover limit for eligible companies increases from R6 million to R14 million for years of assessment ending on or after 1 April 2006.

Tax rates for qualifying small business corporations for years of assessment ending between 1 April 2007 and 31 March 2008 changed slightly in line with the individual tax thresholds to R43 000 and are as follows:

The transfer duty rate for companies and trusts remains at 8%.

The fuel tax regime for biofuels and bioethanol in particular will be reviewed during 2007.

Stamp duties
It is proposed that all secondary trade in shares (listed or otherwise) be subject to a single securities tax. The Uncertified Securities Tax Act (UST Act) will be renamed the Securities Tax Act and would include unlisted shares.

Public entities
A full scale effort to revise the income tax treatment of provincial and municipal entities will be taken forward as time pressures prevented the review in 2007.

Regulation of tax practitioners
The first phase to register tax practitioners with SARS by 30 June 2005 has been implemented. The second phase envisaged the establishment of an independent regulatory board for tax practitioners. Draft legislation has been released for public comment and should be tabled during the latter part of 2007.

The tax rate on trusts (other than special trusts) remains unchanged at 40%.

Short URL to this article: http://tinyurl.com/9e7g2hk 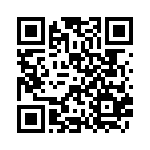