The following is a summary of the tax related budget proposals announced by the Minister of Finance on 11 February 2009.

Annual exclusion threshold for capital gains or losses increases from R16 000 to R17 500.

Excise duties are increased as follows:

Excise duties focusing on the Environment

No change is proposed to corporate tax rates.

It is proposed that investments by companies in energy efficient equipment should qualify for an additional allowance of up to 15 per cent, on condition that there is documentary proof of the resulting energy efficiencies, certified by the Energy Efficiency Agency.

The main tax proposals include:

Consideration given to phasing out SITE

Given that the tax-free income threshold for taxpayers younger than 65 years is approaching R60 000, which is the current Standard Income Tax on Employees (SITE) ceiling, consideration is being given to discontinuing the SITE system by 2010/11. Two measures introduced by SARS in 2008 – pre-populated returns and the waiver of the annual filing requirement for taxpayers with single employers meeting certain requirements – would take the place of SITE.

Caps on tax-deductible contributions to medical schemes are increased

Deemed kilometer allowance system to be scrapped by 2011

It is proposed that the deemed business kilometer procedure be scrapped from 2010/11. Taxpayers who are required to use their personal vehicles for business purposes will still be able to keep a logbook to claim business travelling expenses.

To provide clarity on the deductibility of these once-off payments, it is proposed that such contributions be deductible immediately, not spread over a period of time. The precondition is that the company making such contributions must not derive any direct benefits from such payments, nor will a return of the funds to the employer or a redirection of the use of the funds be permitted.

Individuals 65 years and older are exempt from provisional tax if they are not company directors and only receive employment income, interest, rental or dividends amounting to taxable income of up to R80 000. It is proposed that the threshold be increased to R120 000.

The capital gains tax regime contains several exclusions designed to reduce the tax burden for lower and middle income earners. One such exclusion is for an individual’s primary residence: a capital gain or loss of up to R1.5 million upon the disposal of such a residence is

excluded from taxable capital gains. It is proposed that the exclusion be extended so that an alternative is available based on the gross sale proceeds of the residence. By basing the calculation on gross proceeds, the taxpayer would have a better understanding of how the exclusion applies on disposal, without resorting to complex capital gain calculations.

Tax at shareholder level likely to be implemented in late 2010

The basic legislative framework for the introduction of the dividend tax, which replaces the secondary tax on companies, was enacted in 2008. The dividend tax will come into effect once the treaty ratification processes are completed. All the applicable treaties have already been renegotiated, and it is likely that this tax at shareholder level will be implemented during the second half of 2010.

Further legislative amendments during 2009 will provide for the completion of the dividend tax reform. The remaining items mostly relate to anti-avoidance concerns (such as preventing companies from converting taxable sales to tax-free dividends) and to foreign dividends.

Distribution by collective investment schemes should follow a flow-through principle

The Mineral and Petroleum Resources Royalty Act (2008) was scheduled to be implemented from 1 May 2009. It is proposed to postpone implementation until 1 March 2010, resulting in gross savings of about R1.8 billion in 2009/10 for mining companies. It is hoped that this relief will contribute to constructive dialogue between government, the mining houses and labour, resulting in practical initiatives to mitigate the impact of expected retrenchments in the sector.

False statements on any VAT form to be considered an offence

It is proposed that false statements on any VAT form submitted to SARS, not just returns, be considered an offence. This will serve as a deterrent to those who seek to register for VAT without being eligible to do so.

As an additional measure to combat VAT fraud, the introduction of enabling provisions to permit the use of biometric measures to verify the identity of applicants for VAT registration is proposed.

Excise duties on tobacco products and alcoholic beverages are increased

Excise duties on alcoholic beverages will be increased in accordance with the policy decision to target a total tax burden (excise duties plus VAT) of 23, 33 and 43 per cent on wine products, malt beer and spirits respectively. No increase in the excise duty on traditional beer is proposed. The proposed increases for the various alcoholic beverages vary between 7.6 and 14.7 per cent.

It is proposed to increase the general fuel levy on petrol and diesel by 23 and 24 cents per litre respectively from 1 April 2009. The diesel fuel levy refund relief for the primary sector remains unchanged in percentage terms and its monetary value will be adjusted accordingly.

It is proposed to increase the RAF levy by 17.5 cents/litre, from 46.5 c/l to 64.0 c/l from 1 April 2009. It is hoped that these adjustments and recent reforms to the legislation governing the RAF will strengthen the Fund’s financial position and effectiveness.

As part of continuing efforts to find a viable basket of tax instruments to replace the Regional Services Council (RSC) and Joint Services Board (JSB) levies that were abolished several years ago, it is proposed that from 2009/10, 23 per cent of the revenues from the general fuel levy be earmarked for metropolitan (Category A) municipalities. Distribution of this revenue among various metropolitan municipalities, to be phased in over four years, will eventually be based on fuel sales in each metro.

Consideration will be given to ensuring that municipalities use such funds to boost budget for roads and transportation infrastructure.

OTHER MEASURES UNDER REVIEW

To enhance the process of simplification, proposed revisions to the employment income tax base will represent the first step towards rewriting the Income Tax Act (1962). It is intended that discussion document and draft legislation will be released for comment by the end of 2010.

A set of incremental changes is proposed to underpin the SARS modernisation agenda. These measures will allow for continued progress in the reform of personal income tax collection and lay the groundwork for a future social security tax. The changes are:

Key customs modernisation measures were introduced in 2008 and supporting amendments are anticipated in 2009. Measures under consideration in accounting for SARS’s administered revenue include:

SARS is assessing the potential for a single taxpayer registration process across multiple taxes, as well as the automatic registration of employees. This would improve customer service and operational efficiency, using technology and third-party information to authenticate data, and reduce the need for supporting documents.

Tax rates for qualifying small business corporations will be as follows:

The STC rate remains unchanged at 10%.

TRUSTS
The tax rate on trusts (other than special trusts) remains unchanged at 40%.

A provisional taxpayer is any person who earns income other than remuneration or an allowance or advance payable by the person’s principal. The following individuals are exempt from the payment of provisional tax

The taxable income from a retirement fund lump sum withdrawal benefit (lump sumfrom a pension, provident or retirement annuity fund on withdrawal) is determined after deducting a lifetime exemption of R22 500. The tax payable is determined by applying the rate table to the aggregate of the taxable portions of all retirement fund lump sum withdrawal benefits accrued during the current and previous years of assessment and deducting tax payable according to the current tax table on the aggregate of those lump sums accrued during previous years of assessment.

Most dividends received by individuals from foreign entities are taxable.

The greater of―7,5% of remuneration from retirement funding employment, or R1 750. Any excess may not be carried forward to the following year of assessment.

Any excess may be carried forward to the following year of assessment.

Deductions in respect of donations to certain public benefit organisations are limited to 10% of taxable income before deducting medical expenses.

Where the accommodation to which that allowance or advance relates is outside the Republic, the daily amount deemed to have been expended is available on the SARS website.

Rates per kilometer which may be used in determining the allowable deduction for business travel, where no records of actual costs are kept.

The fixed cost must be reduced on a pro-rata basis if the vehicle is used for business purposes for less than a full year.

Short URL to this article: http://tinyurl.com/9dhx79u 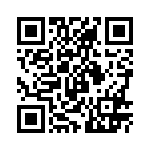