The following is a summary of the tax related budget proposals announced by the Minister of Finance on 23 February 2011.

Budget 2011 provides significant tax relief to individuals amounting to R8.1bn, which partially compensates for the effects of inflation (bracket creep).

From 1 March 2011 the tax deductible portion of monthly contributions to medical schemes is increased for each of the first two beneficiaries from R670 to R720 and for each additional beneficiary from R410 to R440.

In addition to the measures mentioned above, government proposes to increase capital gains exclusion amounts as follows as from 1 March 2011:

To ensure theoretical consistency, capital profits from foreign currency adjustments should be fully taxed when they are realised. Because taxing currency based on realisation can be extremely onerous, a currency pooling concept was introduced that defers any foreign currency capital gain/loss until that foreign currency is converted into a different currency. Despite this deferral, taxing individuals on their currency gains is simply impractical. The cost of compliance typically outweighs any revenue to the fiscus. Given these concerns, it is proposed that the capital gain charge for foreign currency be completely removed.

No change is proposed to corporate tax rates.

The dividends tax will take effect on 1 April 2012, replacing the secondary tax on companies. The introduction of the tax should correct the impression that a tax on dividends is another tax on businesses: legally and economically, it will be a tax on individuals and non-resident shareholders.

Several dividend schemes undermine the tax base. One method involves the use of dividend cessions, where taxpayers effectively purchase tax-free dividends without any stake in the underlying shares. Another scheme involves the receipt of dividends from shares in which the taxpayer has no meaningful economic risk (e.g. has an offsetting derivative position). Some arrangements make use of preference shares that generate allegedly tax free dividends, while the dividends are indirectly generated from interest yielding debt. All these schemes will be closed by treating the dividends at issue as ordinary revenue.

The Income Tax Act (1962) provides special rules for debt cancellation and similar adjustments. Government will consider exempting otherwise taxable gains or ordinary revenue imposed on the debtor if the debt is cancelled or reduced. Relief will be limited to insolvent debtors to ensure that this does not give rise to tax avoidance.

Many small and medium-sized businesses find it difficult to access equity finance. This led government to introduce the concept of a venture capital company into the Income Tax Act. The response to this vehicle has been poor and the provisions will be reviewed.

The 2010 Budget announced that the taxation of Islamic financial products would be aligned with conventional financial instruments. Provisions were introduced to cover several instruments. This year the rules will address ijara products, which act like commercial finance leases. Amendments to legislation will facilitate the issue of Islamic-compliant government bonds.

The research and development (R&D) tax incentive is intended to encourage innovation and job creation. Government proposes to streamline the current incentive, introducing an approval process by the Department of Science and Technology before a taxpayer can claim this incentive. This should limit opportunities for retrospective reclassification of spending.

The learnership tax incentive, designed to support youth employment, will expire in September 2011. The tax expenditure associated with this incentive is estimated to have amounted to R324 million in 2007/08, but its effectiveness is difficult to assess. Government proposes to extend the incentive for five years, subject to an analysis of its effectiveness by businesses, sector and training authorities, and the Department of Higher Education and Training. The review will take place during 2011.

To support job creation, a youth employment subsidy in the form of a tax credit costing R5 billion over three years will be introduced. It will be administered by the South African Revenue Service (SARS) through the PAYE system to limit abuse, ensure maximum liquidity and ease business compliance.

During 2010, tax rules were amended to enable regional investments to flow through South Africa without being taxed. These measures were intended to encourage the development of regional investment banks and holding companies in South Africa. However, current rules could lead to double taxation. There are also concerns about the manner of imposition of residence-based taxation. These concerns will be reviewed.

The main purpose of controlled foreign company rules is to prevent South African residents from shifting passive income offshore. Some provisions are overly complex and can interfere with normal business conduct, while others create unintended loopholes. Adjustments will focus on the rules without compromising their purpose.

Trusts
The tax rate on trusts (other than special trusts which are taxed at rates applicable to individuals) remains unchanged at 40%.

A provisional taxpayer is any person who earns income other than remuneration or an allowance or advance payable by the person’s principal. The following individuals are exempt from the payment of provisional tax–

Most dividends received by individuals from foreign entities are taxable.

The greater of―7,5% of remuneration from retirement funding employment, or R1 750. Any excess may not be carried forward to the following year of assessment.

Any excess may be carried forward to the following year of assessment.

Where the accommodation to which that allowance or advance relates is outside the Republic, a specific amount per country is deemed to have been expended. Details of these amounts are published on the SARS website under Legal & Policy / Legislation / Regulations and Government Notices / Income Tax Act, 1962

Rates per kilometer which may be used in determining the allowable deduction for business travel, where no records of actual costs are kept.

Alternative to the rate table:

Tax rates for qualifying small business corporations will be as follows:

The STC rate remains unchanged at 10%.

OTHER TAXES DUTIES AND LEVIES

Estate duty is levied at a flat rate of 20% on property of residents and South African property of non-residents. A basic deduction of R3,5 million is allowed in the determination of an estate’s liability for estate duty as well as deductions for liabilities, bequests to public benefit organisations and property accruing to surviving spouses.

The tax is imposed at a rate of 0.25% on the transfer of listed or unlisted securities. Securities consist of shares in companies or member’s interests in close corporations.

Short URL to this article: http://tinyurl.com/8bmc95z 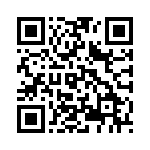