A summary of the Proposed changes to the Codes of Good Practice: October 2012

The proposals are far reaching for all businesses but particularly for QSE’s who have always enjoyed a more flexible scorecard.

There are some significant changes in the details and calculations in each element and the requirements for inclusion such as:

The next step would be for the various sectoral charters to be brought in line with the proposals, but those will continue to apply in their current format until such time as they are revised.

Short URL to this article: http://tinyurl.com/9fxtcg4 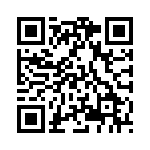