Accounting for the change in the CGT rate

This is a stand alone amendment to the CGT inclusion rate that will come into effect for all assets disposed off after 1 March 2012.

The impact of this is that companies with reporting dates from 29 February 2012 and later (either interim or final) need to account for this change in tax rate, on all deferred tax liabilities and assets relating to CGT, in the current reporting period

Short URL to this article: http://tinyurl.com/9jfebwh 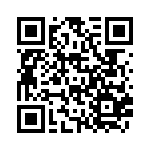