The importance of understanding the accrual system and the effect it will have on your death.

Most people these days are highly aware of the importance of having an up-to-date Last Will and Testament. However, not many are aware of the effect that the accrual system will have on the dissolution of their estate.

According to a fiduciary services expert at a private client holdings company, it is crucial to take into account the effect of the accrual system when drafting your will as it is can have far reaching effects on you and your loved ones. It is thus imperative that clients understand the implications of the accrual system, the effect it will have on their respective estates and that they make adequate provision therefore.

If married out of community of property with incorporation of the accrual system the accrual comes into effect on dissolution of a marriage, whether it be by death or divorce. The accrual system has contributed to a fair and equitable division of assets on divorce – however the effect the system has, on the interpretation of wills drawn without regarding the accrual system, become more evident as time goes on.

Accrual system – can be a cruel system

He advises on the possible pitfalls involved with the popular ANC with Accrual. “in my experience, we have often seen that clients do not consider the effect of the accrual system when drafting their wills. It is the first thing that jumps to mind at the time of divorce but the last when happily married and merely drafting a will. This can however be a huge mistake with dire or unintended consequences.”

The accrual system, which derived from the Matrimonial Property Act 88 of 1984 allows each party to retain their own separate affairs during the course of their marriage. However at the dissolution of their marriage either by death or divorce the accrual system will come into effect. To calculate the accrual each party’s estate at the time of marriage will be adjusted in line with inflation (CPI) this will be called the commencement value.

The following are however excluded from the accrual calculation

1. Any asset excluded from the accrual system under the antenuptial contract as well as any the proceeds of the sale of such asset and the replacement asset.

2. An inheritance, legacy or donation which accrues to a spouse during the marriage, except in so far as the spouses may agree otherwise in their antenuptial contract or in so far as the testator/trix or donor may stipulate otherwise, as well as any other asset which has been acquired by the spouse by virtue of his/her possession or former possession of the inheritance, legacy or donation.

3. Any donation between the spouses, and is not taken into account in either estate.

4. Any amount which accrued to a spouse by way of damages, for example defamation or pain and suffering, other than damages for patrimonial loss.

“Put simply, what happens then,” he says, “is that the monetary value of the smaller estate is subtracted from the monetary value of the larger estate. The difference between the two is then split, and the party with the larger estate pays half of the difference between the two estates to the party with the smaller estate.”

He explains that an accrual claim in favour of the surviving spouse is a claim against the estate of the deceased spouse, and ranks as a liability that has to be paid before the estate passes onto the heirs or beneficiaries in terms of the will.

“Death is a traumatic experience filled with loss and grief. Having to deal with unforeseen and unplanned for financial concerns merely compounds this grief.

“It is therefore imperative that the accrual claim, if applicable, be taken into account in the liquidity analysis of the estate planner, and should specifically be provided for. Should no provision be made it can lead to the scenario where estate assets may have to be liquidated in order to settle this claim, possibly to the detriment of heirs and beneficiaries or vice versa where the surviving spouse have to pay cash into the deceased estate to settle the claim!”

“If each spouse leaves their entire estate to the survivor, then the accrual will not cause a liquidity shortfall. The difficulty comes in when the deceased leaves some or all of his estate to a third party,” he cautions.

“Liquidity is the cash available to cover all your liabilities, estate administration expenses and pay estate duty, without compromising your heirs and beneficiaries.

Consider the following example: Both spouses had not brought any assets into the marriage. The surviving spouse accumulated an estate of R5 million. The deceased (husband), however, accumulated a large estate consisting of mostly fixed property and business interests. His estate at the date of his death is worth R35 million. He bequeaths his estate to his children of a previous marriage. In this scenario the surviving spouse (wife) will be entitled to an accrual claim of R15 million, calculated as follows – R35million less R5million = R30million/2 = R15million. This claim must be settled prior to heirs receiving their share. Clearly there will be a liquidity shortfall in the estate that was not the intention of the deceased.

There are however various financial planning tools and ways to structure your will to avoid these unwanted scenarios. Being all the more reason to do proper estate planning.

“As these examples highlight, the death of one spouse in a marriage with Accrual can lead to much additional trauma if not planned correctly. Estate planning is an essential part of financial planning and an estate liquidity analysis should always be done including the calculation of the accrual on death, where applicable. Remember that your estate liquidity analysis needs to be conducted and reviewed on a regular basis to ensure that it satisfies the changing needs and circumstances to avoid dire or unintended consequences,” he concludes.

Short URL to this article: http://tinyurl.com/94gal8h 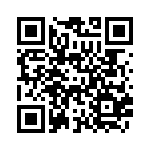