Most countries on the African continent have some form of exchange control regulations. “There are few examples where there are no such restrictions” says an Associate Director “the exempt countries include Botswana, Egypt, Kenya, Mauritius, Rwanda, Uganda and Zambia.”

Addressing a PwC Africa Tax Business Symposium conference in Dubai, he says that offshore companies investing in Africa and establishing operations here are highly likely to face exchange controls (excon). “They would encounter these if they went directly into African countries, for example Nigeria or Mozambique. They could encounter them on multiple levels if they used South Africa (frequently seen as the gateway to the rest of Africa) as a continental head office for their other African operations – as there would be regulations between the operational country and SA, and then from SA to the offshore head office.”

While foreign investors can be critical of African exchange controls, Butler says there are reasons why many emerging countries still have them. “Central Banks argue the need to monitor and control the repatriation of foreign currency to and from their countries, to protect the currency by ensuring fair value has been obtained for offshore payments and to prevent abuse – Central Banks in Africa have argued that in the global financial crisis they have proved their worth. The arguments against exchange controls are that they unduly hamper business which is bad for the economy. Both arguments have merit”

Butler highlights that excon regulations differ from country to country and an offshore investor needs to become familiar with the requirements of each, how it affects inward and outward remittances, and its relevance to foreign personnel working in Africa.
“While some countries have no restrictions at all on non-resident companies owning shares in local companies, some have specific restrictions – for example, in the inland shipping and oil & gas sectors in Nigeria.”

Most countries with excon also have detailed requirements on approvals and supporting documentation, and some countries, such as Nigeria, will not generally permit retrospective approvals in certain circumstances. “This means offshore investors should ensure that they work closely with their advisors/bankers before making inward remittances.”

Transfer pricing is always a relevant issue. While there may not be country-specific legislation on transfer pricing, most follow the principle of ‘arm’s length’. Also, authorised dealers may require evidence that specific services were actually rendered in that country. For technical and consultancy services in Nigeria, there should be copies of passports, air tickets and hotel bills; confirmation of completion of the assignment; evidence of tax paid on the amount to be remitted; that the service charge has been fairly determined and is not simply based on a turnover allocation; with a supporting invoice from the beneficiary. There may also be percentage caps in place to prevent excessive outward remittances.

Foreign investors will also encounter legislation highly specific to each country. For example In Nigeria, the offshore payment of trademark fees will not be allowed where the owner of the trademark owns 75% or more of the shares of the Nigerian company making the payment. The National Office for Technology Acquisition and Promotion (NOTAP) also has to approve many of the contracts that would result in offshore remittances. In Zambia there has been a recent clampdown on management fees paid by Banks to their foreign parent companies.

Excon regulations relevant to expat workforces must be studied. In Nigeria, the monthly offshore remittance of net income earned by expatriates cannot exceed 100% of current salary (net of tax). There are also restrictions on leave pay and foreign workers are entitled to two months of net pay as leave pay – 75% payable before proceeding on leave and 25% payable upon return to Nigeria.
Central or Reserve Bank approvals are inevitably involved, but this varies, often depending on the extent to which the state has devolved excon monitoring and compliance to the banks. In some countries, the Central Bank has held on to this responsibility. In Mozambique, the remittance of funds to offshore jurisdictions requires pre-approval of the relevant agreement by the Central Bank. Every individual payment requires pre-approval from the Central Bank and disclosure of the company’s financial capacity to proceed with the payment must be given by company’s commercial bank. The Central Bank also requires proof of any related withholding tax compliance.

Butler cautions that violation of exchange controls in many African countries is a criminal offence carrying concomitant penalties.

Short URL to this article: http://tinyurl.com/9fslsb5 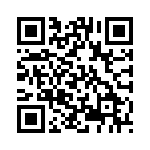