The commission found that the claimed level of black shareholding in Optimum was never verified, that Trillian had no black shareholding and that Tegeta had received payments from Eskom of more than R100-million but was allowed to give Eskom a BEE certificate claiming to be a microenterprise with turnover under R10-million per year.

Criminal charges have been laid against Optimum, Tegeta and Trillian as well as former Eskom senior employees who were aware of the value of the contracts to Trillian, Tegetta and Optimum but failed to report misrepresentation to the commission.

Short URL to this article: http://tinyurl.com/yyptku5n 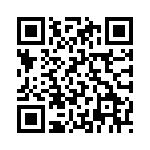