Amendment to bring clarity to Research and Development tax breaks

An amendment to the provisions in the Income Tax Act which govern incentives for research and development (R&D) in the private sector is likely to add impetus to private investment resulting in the creation of jobs and contributing to national growth. That’s according to a director from a leading Audit Firm, who says that while tax breaks for R&D have been in place for some time, their effectiveness is limited.

“In the present guise, Section 11D of the Income Tax Act gives rise to problems due to the lack of a concrete and precise definition of R&D. This shortcoming is addressed in the draft Taxation Laws Amendment Bill 2011,” she explains.

She says the problems with the extant legislation include unnecessary audit scrutiny of genuine value-add R&D, in terms of which taxpayers who have submitted claims have no way of knowing whether or not these will be approved. “Furthermore, the responsibility for determining eligibility for a refund fell to SARS; however, SARS does not have the technical expertise to evaluate technical R&D claims, while the Department of Science and Technology’s involvement in the approval process is insufficient.”
Additionally, she says there are areas that are unclear, especially with regards to the information and communications technology industry. “There is a need to clarify the industry-activities and related expenditure which are eligible for the allowance,” she notes. “Add to that, the current Section 11D indicates that payment for R&D services undertaken by another organisation unnecessarily gives rise to a claim that the funding mechanism amounts to a recoupment. Simply put, this makes it uneconomical for an organisation to undertake R&D services on behalf of another.”

She says National Treasury believes these issues necessitate the amendment of the current R&D legislation, a move for which she has praise. “Successful R&D can and does stimulate economies; South Africa has a dire unemployment problem and government has stated that job creation is a central objective. Clarification of this legislation should play a part in stimulating innovation, which in turn can help to add to the economy and the country’s growth.”

The proposed legislation now includes a definition for ‘research and development’ and offers two levels of qualification. If taxpayers are performing R&D they will automatically qualify for a 100% deduction of those direct R&D expenses. A further 50% deduction will apply to additional qualifying activities. These activities will be assessed by an adjudication committee pre-approval process, managed by the Minister of Science and Technology. Qualifying activities include an assessment of the scientific and innovative nature of the research and development; the extent to which the R&D will provide skills development and employment creation in South Africa; and the extent to which the R&D activities will provide synergies with other initiatives or economic activities undertaken within the country.

The National Treasury has indicated that the proposed legislation will be effective on or after 1 April 2012 but before 1 April 2017 and operational for expenses incurred as of 1 January 2012.

The leading Audit Firm will participate in this process as advocates for clarifying and improving legislation on behalf of its clients. “Furthermore, we urge interested parties to lend their voice to the proposed amendments; the goal is to improve the draft legislation for taxpayers, which will also deliver advantages for the country as a whole,” she concludes.

Short URL to this article: Error 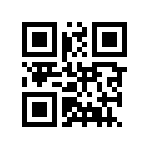