Amendments to the Basic Conditions of Employment Act

Article by:  The Department of Labour

The amendments to the Basic Conditions of Employment Bill has been approved by Cabinet and is currently with Parliament awaiting the final stamp of approval before it is implemented into law, said Department of Labour (DoL) Deputy Director-General of Labour Policy & Industrial Relations, Les Kettledas.

The amendment to the BCEA (Basic Conditions of Employment Act) and the LRA (Labour Relations Act) dates back to 1999.

The BCEA will protect vulnerable workers earning below the R172 000 thresholds per annum. The new bill proposed that a worker can no longer be employed for more than six months as a temporary worker, but would after six month be treated as full-time worker entitled to same privileges enjoyed by other workers. The bill further proposed that both the client and labour broker would be held liable in a case of a dispute.

A key summary of major areas of amendment in the bills include: regulating contract work, addressing the problem of labour broking, dealing with violent strikes and lock-outs, organisational rights and collective bargaining, and the power of the Minister in protection of vulnerable workers and child labour, strengthening the inspectorate and penalties.

Short URL to this article: http://tinyurl.com/kcque6q 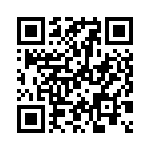