This article was sourced from – B-BBEE Commission

The investigation by the B-BBEE Commission (Commission) initiated in 2017 against MTN Group Limited (“MTN”) has found the MTN Zakhele-Futhi Scheme that was announced by MTN on 12 September 2016 to be contrary to the objectives of the B-BBEE Act on the basis of a number of restrictions and limitations placed on the black shareholders, which are at odds with the requirements for ownership in the Codes of Good Practice. The Commission has issued remedial recommendations to address the defects identified in the MTN Zakhele-Futhi Scheme, which include changes to the governing documents, such as the Memorandum of Incorporation and the Relationship Agreement concluded in respect of MTN Group Limited and MTN Zakhele-Futhi (RF) Limited (“MTN Zakhele-Futhi”), to grant black shareholders effective rights, control, participation and economic benefits in respect of their stake.

On 12 September 2016 MTN launched a new B-BBEE Scheme named MTN Zakhele-Futhi Scheme, a broad-based black economic empowerment initiative which the company proposed to put in place when the existing MTN Zakhele Scheme that was launched in 2010 unwinds on 24 November 2016. The initiative was valued at R9.9 billion which was intended to afford qualifying black individuals and groups the opportunity to apply for shares in MTN Zakhele-Futhi, an entity through which the multitudes of black participants that would subscribe to this scheme will hold ownership. In turn, MTN Zakhele-Futhi would acquire approximately 4% equity in MTN at a 20% discount, making the black participants who subscribed to the MTN Zakhele-Futhi Scheme indirect shareholders in MTN.

Upon issuance of the preliminary findings to MTN for its response as required by the B-BBEE Regulations, MTN responded and denied engaging in any practice, conduct or arrangement that is contrary to the B-BBEE Act, in particular any fronting practice or misrepresentation of their B-BBEE status. MTN, however, expressed willingness to cooperate with the Commission and implement changes to the MTN Zakhele-Futhi Scheme to address the concerns raised in the preliminary findings. On the basis of the cooperation demonstrated by MTN, the Commission issued its final findings which included remedial recommendations to be implemented by MTN, which in the view of the Commission will address the concerns raised.

The remedial recommendations include effective amendments to the governing documents to enable MTN Zakhele-Futhi as the entity through which the black shareholders hold shares in MTN to be able to exercise the rights as the shareholder, to nominate representation on the board of MTN, to remove the veto rights that MTN has in respect of the trickle dividend and the general dividend that would flow to black participants, for MTN Zakhele-Futhi to appoint its own Chairperson of the Board and board members, who need not be MTN appointees/nominees, amongst other things.

In addition, specific officials and members of the board of MTN are required to undergo training on B-BBEE and corporate governance, which training must be extended to fiduciaries of MTN Zakhele-Futhi as the black shareholders representing the multitudes of black participants who subscribed to the shares, at the cost of MTN. MTN is also expected to develop and submit a compliance programme to ensure future compliance with the B-BBEE Act, and to seek prior advice from the Commission in respect of any ownership scheme they may wish to implement in the next two-year period. MTN has demonstrated cooperation and willingness to remedy the defects identified by the Commission, and the Commission will monitor the implementation of the recommendations issued.

The Commission considers compliance with the B-BBEE Act as critical to achieve the envisaged change in the patterns of ownership through the transfer of productive assets of the South African economy to black people, and will monitor that ownership deals implemented do indeed result in real ownership and control vesting in the hands of black people.

The Commission offers free advice to all measured entities and expects all ownership deals to meet the test for exercisable voting rights, economic interest and net value realisation in the Codes of Good Practice, and where ownership is facilitated through a Broad-Based Ownership Scheme, Employee Share Ownership Scheme or a Trust, such scheme must also meet the rules in Statement 100 Annexes 100 (B)-(D) of the Codes of Good Practice.

Deals that will not result in achievement of black ownership, with the commensurate economic benefits, control and participation rights, are not acceptable into the future as they would derail the accelerated pace required for real economic empowerment. The Commission tests both what is written and what happens in practice to determine if the objectives of the B-BBEE Act will be achieved. The summary of the findings and recommendations of the Commission can be found on www.bbbeecommission.co.za.

Short URL to this article: http://tinyurl.com/y6zwyl29 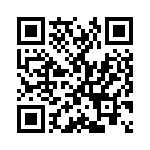