Intervention to transform the petroleum retail sector is on the cards‚ Energy Minister David Mahlobo has indicated, with the Department of Energy conducting an audit that will serve as a baseline to inform the intervention required for this transformation to take place.

“The department will use the Petroleum Products Act and the Liquid Fuels Charter more stringently to ensure that transformation is effected‚” Mahlobo said in a written reply to a parliamentary question by National Freedom Party MP Professor Nhlanhlakayise Khubisa.

The department is also aligning the charter to the broad-based black economic empowerment policy framework.

It anticipates that a draft petroleum and liquid fuels code (including the petroleum retail sub-sector) along with its score card will be gazetted for public comment by the end of the year.

“We also need to indicate that the department continues to have bilateral engagements with oil companies to fast-track transformation of company-owned [retail] sites‚” Mahlobo said.

In terms of the Liquid Fuels Charter‚ historically disadvantaged South Africans must own or control 25% of entities in the industry that hold operating assets.

“We must acknowledge with concern that the implementation of the Liquid Fuel Charter’s entire scope of application as agreed upon in 2000 did not achieve substantial increased black participation at all levels of the population across the value chain,” Mahlobo said.

“Whilst acknowledging the achievement of black ownership at 25% with unencumbered ownership for Total SA, Sasol and Shell downstream across the value chain‚ petroleum retail and site ownership remain substantially unchanged and below the 25% target.”

It was clearly unacceptable‚ he said‚ that the representation of women was below 400 out of about 4 600 service stations – less than 10%.

“One of the critical challenges is the access for new entrants to commercially viable fuel sites which have perpetually remained in the same hands over a period of time,” Mahlobo said.

“The same is true for refineries that still remain under the majority ownership of international oil companies.”

The minister said site and retail franchise agreements that expired were prioritised for black South Africans‚ with preference being given to women‚ youth and people with disabilities.

“We believe that the immediate focus should be the facilitation of BEE companies by the department to enable them to import sizeable quantities of West African crude oil‚ which accounts for 50% of crude oil imports into the country.” – BusinessLIVE

Short URL to this article: http://tinyurl.com/ycpryknr 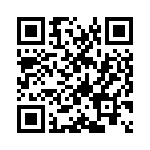