The previous ETI legislation expired on 31 December 2016. For this reason, there has been a flurry of activity on this website, asking if the ETI legislation has been extended, and If so, in what format.

As a courtesy, the following excerpt ought to provide readers with the necessary sought after clarity they are looking for.

Extension of [period of] the Employment Tax Incentive (ETI)

The following is an excerpt from the EXPLANATORY MEMORANDUM ON THE EMPLOYMENT TAX INCENTIVE AMENDMENT BILL, 2016 (DRAFT) dated 23 September 2016.

Republished with permission from:

Short URL to this article: http://tinyurl.com/j5fn64f 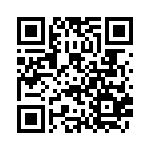