While many analysts forecast a bigger-than-projected budget deficit in the current fiscal year, Econometrix chief economist Azar Jammine says the shortfall between revenue and spending is heading for an unexpected low.

Based on the latest figures on government revenue and expenditure – for the first nine months of the 2011/12 fiscal year – he suggested the deficit for the full fiscal year could amount to only 3.7 percent of gross domestic product (GDP) – not far above the benchmark 3 percent. When the deficit rises above that ratio the interest bill becomes unsustainable.

Jammine’s estimate is well below the deficit of 5.3 percent projected in last year’s Budget and the revision to 5.5 percent made at the time of the medium-term budget policy statement last October.

With three weeks to go before Finance Minister Pravin Gordhan presents his 2012/13 Budget, downward revisions to growth have suggested that government revenue this year would come in below target. Last month the Reserve Bank cut its GDP growth forecast for the current calendar year from 3.2 percent to 2.8 percent. And the International Monetary Fund reduced its estimate from 3.6 percent to 2.5 percent.

Deloitte economist Kay Walsh suggested that Gordhan would reveal a bigger-than-expected budget deficit; while Raymond Parsons, the deputy chief executive of Business Unity SA, predicted the deficit would be on target.

At the same time government spending is lagging. In the first nine months, Jammine said, spending rose 7.9 percent, “well down on the 9.1 percent growth budgeted for 2011/12 in (October) and the 10.5 percent growth originally budgeted for in February”.
Jammine noted the smaller deficit would “amount to a reduction in the public sector borrowing requirement of some R46 billion for the year”. The less government borrows, the lower the interest bill, a positive for taxpayers who ultimately bear the cost.
But he warned that Gordhan had suggested last week that the Treasury would revise downwards its October forecast of 3.4 percent economic growth in calendar 2012 by about 1 percentage point.

“The inference is that growth in tax revenue might slow sharply during the course of this year. That spells problems for the 2012/13 budget deficit. It is fears such as these that have contributed towards the negative credit watch put on South Africa’s long-term foreign debt by the likes of Fitch.”

Jammine added: “For the present, growth in government revenue appears to be considerably stronger than the weak underlying GDP growth would suggest it ought to be.”

Short URL to this article: http://tinyurl.com/9yp7qa7 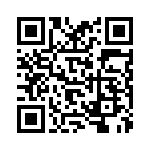