CA’s on top of business

Chartered accountant is the most sought-after business designation in SA by a considerable margin, according to new research carried out by the South African Institute of Chartered Accountants (SAICA).

These were subject to standards that met, and in many instances exceeded, those on an international level.

The qualification next most in demand was a Masters in Business Administration (MBA), according to the research.

SAICA commissioned an independent research exercise to analyse the appointments pages carried in SA’s most widely read specialist media with a view to establishing what percentage of the job advertisements were for chartered accountants.

Appointments advertisements during October in a weekly financial publication and a daily newspaper disclosed an overwhelming preference for South African chartered accountants.

For all jobs advertised in the daily newspaper’s weekly supplement, nine percent singled out the chartered accountant designation as a prerequisite.

The high percentage should be viewed in the context that in the 81 percent balance, the requirement was for people, such as engineers or academics, not directly related to the business environment.

The comparable statistics by the weekly business publication produced a figure of 46 percent, a number that tended to reflect the fact that the publication devoted a greater proportion of its pages to business matters than the daily newspaper.

The remuneration packages offered to chartered accountants were also considerably higher than the average, ranging from R400 000 for recent graduates to more than R1-million for those with good track records.

The World Economic Forum recently rated SA second in the world in terms of the strength of its auditing and financial reporting standards, a measure that Matlwa attributed to the skills of local chartered accountants.

Short URL to this article: http://tinyurl.com/96kew4x 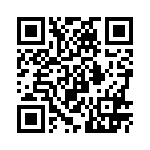