The news about CGT in the recent Budget has brought, in some respects, further relief for sellers of primary residences but the general increase of the CGT rates will have a definite and immediate effect on the pricing of property. This is according to a leading estate agency.

Going forward, for primary residences sold from 1 March 2012 for a value of R2 million and over, the first R2 million will be exempt from CGT. This is an increase of R500,000 over the previous R1,5 million dispensation.

The bad news came in the form of a substantial increase in the inclusion rate of the taxable net profit an individual realises when they sell. Formerly 25%, the rate is now 33.3%. “This will translate into an average rate of CGT an individual pays of 13,3%, which is substantially up from the previous average of 10%,” he says.

The increase from a 50% inclusion rate to 66,6% will apply when a company or close corporation sells a property ,which translates into an average of 18,6%, up from the previous 14% and trusts’ rates have increased from 20% to 26,7%.

“The increase in the inclusion rate when an entity sells a property is a further indication of SARS’s eagerness to encourage investors to take transfer of residences into their own names, as entities are to be used mainly for trading purposes.”

CGT is not a flat rate charged by SARS. Rather, it’s a calculation based on the net profit realised, which is then added to an individual’s income and taxed according to the tax tables. Furthermore, it’s a rollover tax, which means that, even though the tax is triggered on the date the agreement is signed, it only becomes payable when the income tax return is submitted at the end of the financial year during which the property was sold.

According to him, the impact of the increase from 50% to 66% is substantial. “If a home is owned in a legal entity then the actual tax payable to the receiver will be as much as a third higher than last year taking into account that the R2 million exemption does not apply.”

However, a number of deductions can be made against the gross profit, he says. These include any renovations that were done and which will qualify as an improvement to the property; estate agents’ commissions (and the VAT); attorneys’ fees (and the VAT); and other fees for other professionals such as architects, draughtsmen, even beetle inspectors. However, costs for routine maintenance, such as painting the property, cannot be deducted.

The tax amnesty period for properties to be transferred out of entities and into individual ownership is still available until the 31st of December this year subject to certain requirements being fulfilled. “Owners of properties in trusts, companies and close corporations would be well advised to consider taking advantage of the amnesty benefit before it expires, ”he concludes.

Short URL to this article: http://tinyurl.com/98dzqlm 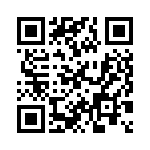