Government Gazette 42496 was published on 31 May 2019 and contains many notices and legislative changes that are not in force from 31st May but become effective from 1 December 2019. This means that Measured Entities can choose to use them now or can delay using them until 30th November 2019 at the latest.

This is an overview of the changes. Some of these changes will have a knock-on effect on the Sector Codes.

Amendments to the QSE or Specialised Enterprise Scorecards remain the subject of subsequent Gazettes but changes to definitions, procurement recognition rules and ED and SD beneficiary qualifications would apply universally across the Dti Codes.

Major Changes are as follows:

Absorption
Now restricted to the securing of long term employment and no longer includes further education and training. This is a significant change affecting 5 Skills Development Bonus points.

Designated Group Supplier
This is a clarification and means a supplier that is at least 51% owned by black people defined under Black Designated Groups.

Long-term contract of employment
Means a legal agreement between an individual and an entity that would employ the individual until his or her mandatory date of retirement.

Current Equity Interest Date
Replaces Net-Value Date with an amended wording that relates to the commencement of the Time-based Graduation Factor. It means the later of either the date of commencement of statement 100 or the date upon which the black ownership transaction became effective and unconditional.

The Skills Development Generic scorecard is amended as follows:

The ESD Scorecard is amended as follows: 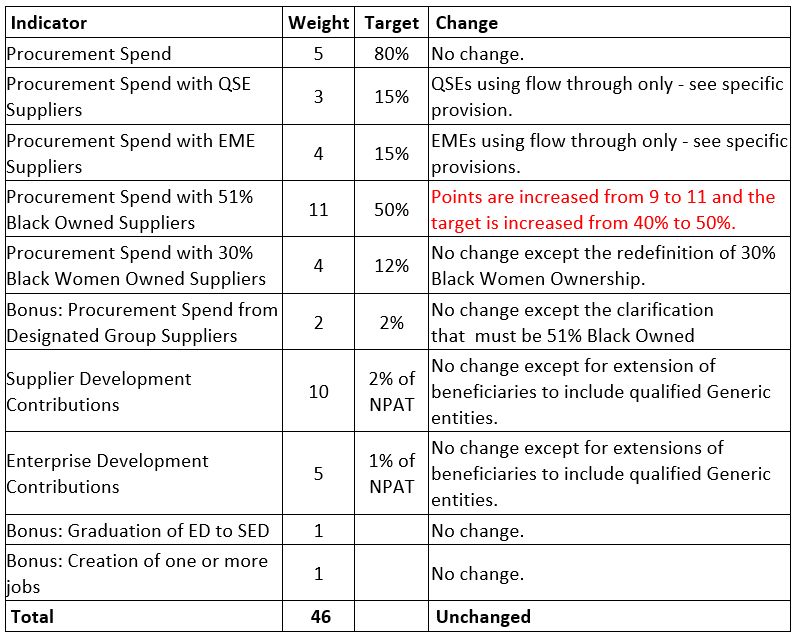 The increase in the points and target in respect of procurement from 51% Black Owned Suppliers strengthens the significance of black ownership and weakens the significance of a supplier’s BEE Level. This is because the 5 points for B-BBEE Procurement Spend from all suppliers are often achieved and organisations are looking for Procurement points elsewhere in the scorecard.  11 points (equivalent to 2 levels) is critical especially if the multiplier of 1.2 (for use of flow-through) also applies to the scoring!

Short URL to this article: http://tinyurl.com/y2rzg64w 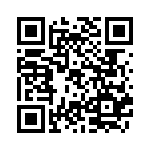