Clamping down on offshore tax dodges

A recent decision by the Bombay High Court in India creates concerns for companies wishing to acquire shares in companies operating in that country. The Vodafone group had been challenging the Indian tax authorities’ attempts to levy tax on an international transaction that ultimately involved Indian based assets. The Indian tax authorities were successful and Vodafone’s resulting tax liability could be as much as US$2.6 billion.

It is common practice for investments into India to be held through foreign structures, in order to avoid Indian tax. The foreign structures generally involve tax haven countries. The Indian government has long been struggling to counter the tax loss arising from this practice. The court’s decision represents significant progress for it in that regard. The decision will also be of interest to other countries facing the same issue.

The Indian tax authorities sought to levy capital gains tax in respect of the acquisition, on the basis that the underlying operating assets were located in India. The business in which Vodafone effectively acquired a 67% interest was Hutchinson Essar. It is now known as Vodafone Essar and is India’s third largest cell phone company (by subscriber numbers).

Vodafone has stated that it intends to appeal the decision. Its lawyers are studying the judgment, which runs to 200 pages. The court indicated that the Indian tax authorities could not issue a final order for Vodafone’s payment for eight weeks. This will give Vodafone an opportunity to consider its position and launch an appeal.

Short URL to this article: http://tinyurl.com/9y9eqdd 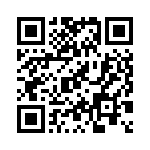