Governments starting to play a greater role in defining standards

Changes in legislative and regulatory requirements accompanied by growing business awareness of its obligations have led to an increasing focus on sustainability reporting. This is a key finding of an updated global study on the voluntary and mandatory approaches to sustainability reporting. Carrots and Sticks – Promoting Transparency and Sustainability was conducted jointly by professional services firm KPMG, the Global Reporting Initiative, the UN Environment Programme (UNEP) and the University of Stellenbosch Unit for Corporate Governance in Africa. The study is an update on an initial study conducted in 2006 by KPMG and UNEP.

While there remains an ongoing global debate on the pros and cons of voluntary and mandatory reporting, these approaches should not be seen as mutually exclusive and can coexist encouraging creativity, especially in voluntary reporting.

The study of 30 countries, which included both developed and developing world economies, revealed that:

Of the standards developed, two-thirds are mandatory with the remainder being voluntary. “While governments are become more active in setting standards, there needs to be greater emphasis on the integration of voluntary and mandatory approaches,” said Shireen Naidoo, Director of Climate Change and Sustainability Services at KPMG in South Africa. “In addition, stock exchanges are playing a greater role in contributing to sustainability reporting standards, especially in emerging markets.”

Daniel Malan, head of the Unit for Corporate Governance in Africa at the University of Stellenbosch Business School cited a number of reasons accounting for South Africa’s leadership in the areas of both regulation and reporting in sustainability reporting. These include the history of multinationals in the country before 1994, the emphasis on public disclosure and transparency and the fact that the South African economy has traditionally been dominated by high-risk activity such as mining and industry. “Since 1994 the third King Code [of Governance Principles] has also played a driving role in reporting on sustainability as has the JSE SRI [Socially Responsible Investment] Index. The Public Investment Corporation Governance Rating Matrix has also contributed to reporting and public disclosure.” Malan cautioned, however, that there can be a disjuncture between behaviour and reporting and that business needs to be aware of this.

A further challenge accompanying integrated reporting is that a one-size-fits-all approach cannot be adopted given the diversity of corporate activity, said Karin Ireton, Director for Group Sustainability Management at Standard Bank. The complexity is compounded by debates over whether integrated reporting should assume the form of one report or separate reports for various activities. In any standard that is adopted there must be a triumph of substance over form that accommodates voluntary and mandatory approaches.”

Chairman of the Global Reporting Initiative, Mervyn King, indicated that there was an expectation that an internationally drafted framework for integrated reporting would be ready by the end of 2010 for discussion at the G20 Summit in 2011 by the International Integrated Reporting Committee. “As many know, it’s taken about 100 years to get some consistency of standards in financial reporting; we haven’t got 100 years to get standardised integrated reporting simply because of the crisis the planet is in.” The framework will be designed to address, amongst other things, a measure for companies to report or explain their impacts on society, the role of the external auditor in assurance activities and the apportionment of blame and the necessity to hire experts in the field of sustainability in providing assurance.

Amongst others, the study offers the following recommendations:

• The consideration of integrated reporting by all stakeholders, including regulators
• The encouragement of a more active role for government regulators in sustainability reporting
• The incentivisation of companies by regulators to encourage voluntary disclosure beyond minimum mandatory requirements
• Simplification, by alignment of mandatory standards at a country level with those at a global level, where possible
• The need for ongoing debate on convergence to enhance sustainability reporting standards.

Short URL to this article: http://tinyurl.com/8jnesru 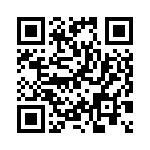