Business owners should consider whether they are in a position to take advantage of an exemption from Secondary Tax on Companies (STC) on certain dividend declarations, which is due to expire on 31 December 2010.
Effective 1 January 2011, companies will be paying 10% STC on certain declared dividends in anticipation of winding up that may previously have been exempt

Douglas Gaul, a tax manager at Grant Thornton Johannesburg says: “As the Income Tax Act currently stands, a portion of dividends declared in anticipation of liquidation, winding up, deregistration or final termination of the corporate existence of a company may be exempt from STC.

It was widely thought that this exemption would only fall away once STC is replaced by the new dividend withholding tax sometime in 2011. However, the legislation providing this relief has been deleted with the enactment last week of the 2010 Taxation Laws Amendment Act No 7.

In terms of section 64B(5)(c) of the Income Tax Act, the following portions of a liquidation dividend could be exempted from STC:
– revenue profits that arose prior to any years of assessment ending on or before 31 March 1993; and
– capital profits that are attributable to the period prior to 1 October 2001.
– realised and unrealised profits derived by a company before it became a resident of the Republic.

Business owners need to remember though, that this exemption is only relevant if the necessary steps to wind up the company have been taken within a period of 18 months after the date of such dividend,” Gaul adds.

“The effective date for the deletion of this section is 1 January 2011 and accordingly any dividends declared after that date will be subject to STC at the rate of 10% even if the above criteria are met.”

Douglas Gaul concludes: “Should your company be in the appropriate position to make use of the exemption, we urge executives to ensure they make use of this financially beneficial opportunity before it’s too late.”

Short URL to this article: http://tinyurl.com/9d9zkgw 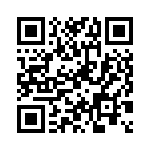