Who must pay what?

The Supreme Court of Appeal recently gave judgment in the matter of Commissioner for the South African Revenue Service (Sars) and South African Custodial Services (Pty) Ltd (SACS). The matter related to the tax deductibility of certain costs in respect of a prison constructed and operated as part of a public private partnership.

The prison was constructed on land in Louis Trichardt owned by the State. SACS would be responsible for the construction of the prison and its operation for a 25 year period. SACS engaged various subcontractors in order to fulfill its obligations, including with regard to the actual construction.

SACS contended that the materials used to construct the prison constituted its trading stock and that, when built into the prison, they became the property of the State. If this contention were accepted, the materials would be trading stock held and not disposed of by SACS. The Income Tax Act deems that to be the case where a person effects improvements to someone else’s property, until the contract for such improvements has been completed. The Tax Court decided in SACS’ favour and Sars appealed to the Supreme Court of Appeal.

In making the above contention, SACS relied on case law dealing with taxpayers acting through agents. SACS argued that the subcontractor was its agent. On that basis, SACS could be said to itself have held trading stock and built it into the prison, thereby losing ownership to the State.

The Court concluded that SACS never provided the materials that were built into the prison. Those materials were provided and owned by the subcontractor. SACS therefore could not treat those materials as its trading stock at all.

SACS was successful on another aspect of the matter. It was allowed a deduction in respect of fees incurred in bidding for the relevant tender and raising funding for the project. Sars was, however, substantially successful in the matter as a whole and was awarded a costs order.

Short URL to this article: http://tinyurl.com/8ncu7en 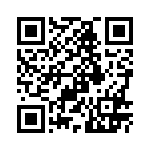