Please confirm by return of this email whether you would like us to plan the completion of your “Proactive IT14SD Reconciliation” at your year-end or as part of our year end AFS compilation procedures.

Short URL to this article: http://tinyurl.com/he8ada7 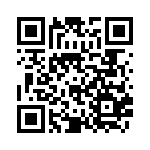