The government gazette withdrew the clarification issued on May 2. Companies would get the full 25 points for broad–based empowerment schemes.

Trade and Industry Minister Rob Davies acknowledged on Tuesday that the abrupt change — now officially retracted — in the black economic empowerment (BEE) codes to reduce the points that could be acquired from broad-based schemes was not an appropriate approach.

It was like using a big sledgehammer to hit a fly, he said in a briefing to Parliament’s trade and industry portfolio committee.

Mr Davies said the notice issued by his department earlier in May limiting the BEE points that could be gained by companies implementing collective schemes had been withdrawn in a government gazette on Friday.

“We are back to the status quo,” Mr Davies said.

The government gazette withdrew the clarification issued on May 2. Companies would get the full 25 points for broad-based empowerment schemes. The director-general of the department, Lionel October, said the government gazette had now established legal certainty in the market.

The issue of the notice was met with shock and consternation by companies who had worked towards meeting the broad-based black economic empowerment requirements of the new scorecard in order to qualify for government contracts.

Mr Davies stressed that the department continued to regard collective schemes and broad empowerment as important but had had to deal with a number of “dodgy” employment share ownership schemes that did not provide employees with real access to benefits and assets.

“This was the reason for placing a cap on the points that could be earned,” the minister said.

“On reflection, we have maybe taken a rather large sledgehammer to hit a fly. We might be sending out the signal that these schemes are not encouraged when in fact the opposite is the case.

“It was never our intention to recycle a bunch of individuals and let them benefit from every deal.”

A task team has been established to look into the mischief and how to deal it in a “smarter way”. Mr Davies believed it was probably a matter that could be taken further by the new commissioner of the black economic empowerment commission.

Mr October said the dodgy schemes would be dealt with using the fronting provisions in the law. The department would also encourage real collective schemes.

He also emphasised that it was never intended for the amendment to be retrospective.

Mr Davies said the main thrust of the new codes was to strengthen the real participation of individuals in the productive sectors of the economy. They focused on supplier development and skills development.

The new codes were phased in over 18 months.

Short URL to this article: http://tinyurl.com/pee6595 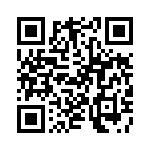