Trade and Industry Minister Rob Davies warned on Tuesday that black economic empowerment points would be deducted from businesses which did not invest in enterprise, supplier, and skills development.

Too few companies were giving sufficient support to these areas in terms of the BEE Act and Codes of Good Practice.

“Far too few companies are involved in this space,” he said at a summit in Johannesburg for SMMEs from the public and private sector.

BEE legislation would be tweaked to ensure more attention was given to supporting small business.

“If you don’t earn a percentage of the target (for these sectors), we will deduct points from the overall scorecard,” he said.

By developing black entrepreneurs, particularly black industrialists, corporates would contribute to South Africa’s industrialisation and to a significant manufacturing sector.

“We want to see this space occupied increasingly by black manufacturers and black industrialists,” he said.

Accordingly, government’s infrastructure rollout, as well as the industrial development action plan, stipulated that a certain percentage of equipment was source from local suppliers.

This policy had already been implemented when sourcing buses, electricity transmission lines, and locomotives.

“This is the way we are intending to move forward,” he said.

Government would also double the number of small business incubation programmes from 30 to 60 in the next three years, said Davies

This article was originally published by News24

Short URL to this article: http://tinyurl.com/8s5vta6 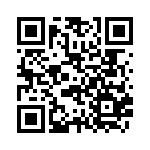