In the context of dependants, estate planning has become a highly creative playground, mainly to the benefit of tax consultants. This is one of the reasons the South African Revenue Service is considering scrapping estate duty. But taxation at death does not include only estate duty; it also involves income tax and capital gains tax (CGT). (Death is a CGT event.)

One area that is often overlooked in estate planning is what happens to the retirement fund benefits if a fund member dies before retirement. The benefits can be from a pension fund (either defined benefit or defined contribution), a provident fund, a retirement annuity fund or a preservation fund.

It is an issue to which retirement fund trustees should also give a great deal more attention, particularly because members (or their dependants) may come looking for the trustees in their individual capacities if inappropriate fund rules do not permit the correct choices to be made. It is not, however, the job of trustees to provide tax advice. That must be sought from a financial adviser.

I recently asked Jenny Gordon, a senior legal adviser at Old Mutual, two questions about the payment of benefits on the death of a fund member.

1. LUMP SUM OR ANNUITY?
When it comes to retirement fund benefits and assured benefits in both defined benefit and defined contribution funds, what options – in other words, taking an annuity or a lump sum payment – do the beneficiaries have on the death in service of a member, and what are the tax consequences of each decision?

Gordon says there is an inter-relationship between the Pension Funds Act, the Income Tax Act and the rules of a fund.

In terms of section 37(c) of the Pension Funds Act, Gordon says, fund trustees have the discretion to apportion a benefit between dependants and beneficiaries, except where the rules of the fund provide for surviving spouse or child pensions.

She says the Income Tax Act contains provisions that relate to the payment of annuities (pensions) and other benefits to the dependants or nominees of a deceased fund member.

If you retire from a fund other than a provident fund, up to one-third of the benefit may be commuted to a cash lump sum. But if you die before retirement, there is no restriction on the amount that may be commuted, Gordon says. So, on your death, a fund can pay your beneficiaries the full amount as a lump sum.

Gordon says there are a few provisos. These are:

Taxation of lump sums. Any lump sum that becomes payable to a beneficiary following the death of a member is deemed for tax purposes to accrue to the deceased member immediately before death. This means that any amount taken as a lump sum will be taxed in the same way as if the member had retired the day before he or she died.

The tax-free portion of the lump sum will be increased by:

When the tax is calculated, lump sum benefits paid at death will be aggregated with any lump sums taken previously on retirement since October 1, 2007 or as a withdrawal since March 1, 2009. CGT and estate duty do not apply.

The lump sum is subject to income tax because your contributions to retirement savings were deducted from your taxable income in the build-up stage and the investment returns in this phase were also exempt from tax.

Partial or full annuities. If the fund rules allow it, Gordon says, the beneficiaries can choose to take an annuity or a partial annuity instead of a lump sum. In this case, any annuity portion will not be taxed as if it were in the hands of the member.

Life cover. If there is life cover on the fund, the life cover will be paid out in the way prescribed by the fund.

If there is no rule to the contrary, the life cover may be paid to the dependants/beneficiaries as a lump sum. It will be added to the accumulated retirement fund benefits and taxed according to the rates that apply to lump sums taken on retirement or death.

The life cover benefit is taxed because the premiums were tax-deductible, normally in the hands of the employer.

Again, Gordon says, the fund rules may dictate how the life cover benefit is paid. The rules may prescribe that the benefit is paid, in whole or in part, as a surviving spouse or child pension.

Annuity may be better
So, in the light of everything that Gordon has said, beneficiaries need to take great care when given the choice of a lump sum or an annuity.

It is important to remember that tax applies only once a payment, whether in the form of a lump sum or an annuity, is made. This means that the death benefit can be transferred into an investment-linked living annuity, where the capital will continue to generate investment growth tax-free, while only the amounts drawn down will be taxed in the hands of the recipient.

Clearly, from a tax point of view, a beneficiary should always take the first R300 000 of a benefit as a tax-free lump sum. But should you take the next R300 000 as a lump sum or as an annuity?

So, in the vast majority of cases, it is probably best to take only the first R300 000 of a death benefit as a lump sum and the rest as an annuity (see: “”Example: lump sum versus annuity””).

2. TRUSTEES OBLIGATIONS
The issue of the choice between taking retirement fund death benefits as a lump sum or as an annuity raises the second question: what, if any, obligation do the trustees of a fund have to explain these choices and their consequences to members and/or their dependants?

Gordon says trustees have certain fiduciary duties to ensure the good governance of their funds and that the benefits provided for in the fund rules are actually delivered. Trustees must also follow rules of conduct in relation to their duties to members, beneficiaries and other stakeholders. These obligations are governed by legislation, and further guidance is provided by the Financial Services Board in a number of guidance notes.

Gordon says that guidance note PF 8 deals with the minimum disclosure that funds must provide. Members must be provided with an explanatory statement within three months of joining a fund. They must also be furnished with an annual benefit statement that shows the benefits that will be paid on retirement, death, disability, ill health/early retirement and withdrawal.

In addition, on certain events, such as death, after the trustees have decided to whom the benefits will be paid in terms of section 37(c) of the Pension Funds Act, the recipients of the benefits must receive a letter that notifies them of the decisions made by the trustees and that sets out all the options available to them, Gordon says.

These are the minimum disclosure requirements, but funds that wish to provide more than the minimum may do so.

Another guidance note, PF 130, states that retirement funds should implement a communication policy to ensure that relevant information is conveyed to you, the member, to assist you in your decision-making, Gordon says.

EXAMPLE: LUMP SUM VERSUS ANNUITY
On death in the 2009/10 tax year, the member, who belonged to a defined contribution fund, has an accumulated retirement benefit of R1 million and a death benefit on group life cover of R2 million (a total benefit of R3 million). The member leaves a wife and two children.

Scenario 2. Most of the benefit is taken as an annuity
The trustees award 50 percent of the benefit to the surviving spouse and 25 percent to each child. The dependants elect to take only the first R300 000 (tax-free) of the benefit as a lump sum and use the balance to buy an annuity. The R2.7 million is divided as follows:
Spouse: R1 350 000
Each child: R675 000
Assuming that none of the dependants has an income and they purchase an investment-linked living annuity, with an annual draw-down rate of five percent, the tax position is:
Spouse: annual income of R67 500; marginal tax rate of 18 percent; tax due is R12 150 less rebate of R9 756 = R2 394
Each child: annual income of R33 750, which is below the tax threshold of R54 200, so no tax is due.

Short URL to this article: http://tinyurl.com/8o9w9bo 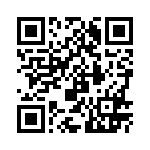