Dividends tax will have ‘slight impact’

Dividends tax, which was introduced at the beginning of April, will have an impact on your investments, but the effect will be relatively small, leading asset manager Allan Gray says in its latest GrayIssue client newsletter.

Allan Gray business development manager Johann Grandia says the manager calculated that, had dividends tax been introduced five years ago, the final value of your savings in a retirement fund with the maximum exposure to equities would have been less than two percent more than it is under the now scrapped secondary tax on com-panies (STC) system.

And a discretionary investment of R1 000 placed five years ago in an equity-only fund that produced returns equal to the FTSE/JSE All Share index would at the end of March last year have been just R10 less than the value it was had dividends tax been in place over the past five years.

Dividends withholding tax was introduced at the beginning of April at a rate of 15 percent of the dividends paid to you.
The tax is paid by investors to whom dividends are paid, and the company or investment that pays the dividends must withhold and pay the tax on your behalf. You do not therefore have to pay the tax.

Dividends tax replaced STC, which was a tax paid by the company paying the dividend before the dividend was distributed to you. It was levied at a rate of 10 percent.

When dividends tax was introduced, certain investors, notably retirement funds, were exempt from the tax.

Grandia says Allan Gray’s research shows that the new tax could reduce your dividend income from a non-retirement investment by a total of 6.5 percent.

That may seem like a lot, but, he says, dividends tax affects only the dividend portion of your investment’s overall return. Your investment return also includes capital growth and interest earned.

The impact that dividends tax will have on your investment depends on your asset allocation, Grandia says.

The effects of replacing STC with dividends tax on a well-diversified discretionary investment may be minimal, but it may be more marked for investors who seek to benefit from the higher capital growth and higher dividend yields you can receive from equities, he says.

Allan Gray’s research showed the results (see table, link at the end this article) when the final value of a R1 000 discretionary investment after the five years to the end of March 31 this year was compared with the final value of the same investment over the same period assuming that dividends tax had been in place from the beginning of that period.

Grandia notes that often unit trust returns are published on the basis of the dividends being reinvested. While STC was in place, these dividends would have been paid from profits that were reduced by STC, he says.

However, performance results under dividends tax are likely to continue to include reinvested dividends but will not show the effect of dividends tax. This means that reported unit trust returns, specifically for high-dividend-yield unit trusts, may be marginally higher than the after-tax return many investors will receive, Grandia says.

Meanwhile, the South African Revenue Service (SARS) reports that it has been accepting dividends tax returns, including eFiled returns, and dividends tax payments since April 20.

SARS also says it is envisaged that in future beneficiaries who receive dividends that are exempt from dividends tax, such as retirement funds, will be required to submit information to SARS about the dividend received, details of the entity from which it was received and details about the entity that declared the dividend.

Your fund manager or the company in which you are invested is likely to provide you with the details you will have to declare.

Short URL to this article: http://tinyurl.com/8rnv5up 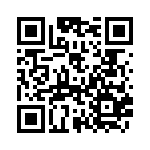