The proposed removal of the tax exemption for interest earned from certain kinds of investments has raised concern among tax practitioners, who say that the version contained in the draft Taxation Laws Amendment Bill is far harsher than the February budget had led them to expect and will increase the cost of offshore borrowing for local companies.

In terms of the draft law, the exemption for interest income would be narrowed to apply only to interest- bearing investments listed on the JSE and the interest paid by any one of the three spheres of government , banks, friendly societies, registered medical schemes, collective investment schemes and from dealer or brokerage accounts. All other forms of interest would be taxed at the marginal rate.

The Treasury’s director of tax policy, Cecil Morden, said the amendment was intended to address debt- equity schemes involving closely held companies. The original intention of the exemption was to encourage savings but it had become a tax-planning tool to reduce the tax liability of the rich.

“We need to consider whether it is an effective tool for savings by lower and middle-income earners,” Morden said.

But PriceWaterhouseCoopers director Osman Mollagee believed the proposal was too harsh as it would include all interest derived from loans to companies, investment in trusts and so on. The same situation would apply to nonresident investments.

“It is unnecessarily harsh and everyone is talking about whether this is just another one of Treasury’s ‘hurt and rescue’ provisions which is lightened in the final legislation,” Mollagee said.
Bravura Equity Services’ James Aitchison warned that limiting the exemption and excluding nonresidents from its benefits would make offshore borrowing from foreign banks by South African companies more costly as lenders would add the tax charge onto their interest bill.

Up till now, all South African- sourced interest received by nonresidents was exempt from tax.

Short URL to this article: http://tinyurl.com/8bjfqlh 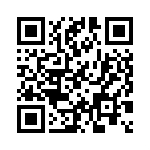