Johannesburg – The Department of Trade and Industry (dti) is scaling up its Black Industrialists Programme with a 100 black industrialists expected to receive support in the current financial year.

Speaking at the launch of the ninth iteration of the Industrial Policy Action Plan (IPAP) in Sandown Johannesburg on Monday, Trade and Industry Minister Rob Davies said the dti has compressed the timeframe to assist black industrialists.

Currently 40 black industrialists have been assisted.

“It is our intention to support 100 black industrialists by the end of the current financial year. That is part of the efforts to support inclusivity,” said Minister Davies.

The programme involves a funding forum that involves different players that mainly include the Industrial Development Corporation (IDC).

Support for the steel sector

He added that South Africa is addressing several challenges that are not of its making. These challenges also affect the country’s manufacturing space.

“These global conditions include the global glut of the current over production of steel products taking place in other economies.”

This has meant that steel production across the globe have been threatened by the entry of low priced steel products coming from over producing steel plants in countries where the demand for steel products has declined.

“Although we are not out of the woods but we believe that there is a greater level of stability in steel manufacturing in South Africa.”

South Africa has signed off on a safeguard proposal that has to go to the World Trade Organisation (WTO).

In addition, there is a programme of financial support run by the IDC that will be unrolled to support downstream steel manufacturers.

The programme will directly support downstream steel makers. “That is an indication that we are working for the benefit of the steel sector as a whole.”

IDC Divisional Executive Shekeel Meer said the corporation will manage the steel industry competitiveness fund which is the process of being established to support the growth of the downstream steel sector.

Minister Davies said the country has an imperative to retain primary steelmaking capacity in South Africa. This is for several reasons including that South Africa is an iron ore producer.

“If we lose primary steel making and we continue to being iron ore producer we will be moving down the value chain as opposed to up.”

Meanwhile, an incentive to support agro-processing will also be announced.

“We have taken view that a focused programme will be of value. We will be announcing it soon,” said Minister Davies.

He said the programme will be for value added activities that support value addition in the agriculture value chain. – SAnews.gov.za

Short URL to this article: http://tinyurl.com/l63yt6t 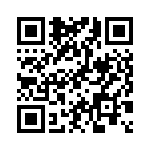