End of SITE Tax Takes Away Tax Benefits for Pensioners

The discontinuation of the Standard Income Tax on Employees (SITE) being phased out over two years from 1 March 2011 will remove existing tax advantages for pensioners earning R60,000 or less per annum.

This is according to Ron Warren, tax expert and chairman of payroll software company NuQ, who says that SITE tax, which was introduced by SARS about 20 years ago, was aimed at removing the large number of low paid persons from the SARS records.
“If all remuneration (including pensions and retirement annuities) received by a person from each source was below the SITE limit of R60 000 per annum, they were not required to put in a tax return and were removed from the SARS register,” he explains.
Now that everything at SARS is computerised, Warren says that SARS want everybody back on their register, and to tax everybody on their total income resulting in pensioners losing their tax advantages.

“In the past, if a retired person had three pensions/annuities from say 3 different insurance companies, and each pension/annuity was less than R60 000 a year, they were effectively regarded as three separate persons, and paid tax on each pension/annuity separately,” he explains.

“This meant that they received the primary tax rebate three times, which reduced the total tax they paid considerably (the primary rebate at present is R10 260, plus an additional R5 675 = R15 935 if you are 65 or older).”

Therefore, Warren says that a person over 65 with multiple sources of income, all less than R60 000 per annum, had a great tax advantage, in that the tax payable will be at least R15 935 X 2 = R31 870 less (if the income was received from 3 sources) than they would pay if their income was totalled and tax calculated on the total. “It is this tax advantage SARS now wants to remove, so that everybody will be taxed on the same basis in future,” he adds.

However, to soften the blow to such people (mostly old people), Warren says that the legislation provides a phasing-in process over the next two tax years. In the 2011/2012 tax year, they will calculate such persons’ taxes both the old way and the new way.
The excess of the new over the old tax will then be reduced by two thirds. In the 2012/2013 tax year, that excess will be reduced by one-third. From then on (i.e from 1 March 2013), there will be no reduction, and such people will be taxed the same as everybody else.

Warren says that this will have no effect on payrolls for the next two years. “Companies will continue calculating SITE up to the end of February 2013 and from March 2013, they will no longer have to calculate SITE, which will be extremely easy to do.”
He adds that affected employees or recipients of pensions/annuities had better start saving money for the extra tax they will have to pay on assessment.

SARS will have a bit of extra work to do to change the way in which taxpayers affected will have their tax calculated, however Warren says that this will not be difficult.

Short URL to this article: http://tinyurl.com/8kg248r 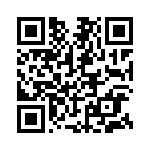