On 1 June 2012, the Minister of Labour announced that, with effect from 1 July 2012, the earnings threshold in the Basic Conditions of Employment Act, which operates to exclude employees earning above the threshold from certain BCEA entitlements and protections, will increase from the current R172,000 per annum to R183,008 per annum, an increase of 6.4%.

Employees earning above this threshold are excluded from working time protections such as maximum ordinary working hours, meal intervals, limits on how much overtime they are permitted to work, enhanced rates of pay for overtime work and work on Sundays, minimum rest intervals, shift allowances and access to transport for night work, etc.

The increase in the threshold will therefore operate to extend these BCEA working time protections to those employees who are currently earning between R172,000 and R183,008. Employers employing workers who earn in this range may therefore need to review their working time arrangements with these employees and payrolls to make sure they are still compliant.

What constitutes “earnings” for purposes of the threshold remains unchanged. It is ‘the regular annual remuneration before deductions, i.e. income tax, pension, medical and similar payments but excluding similar payments (contributions) made by the employer in respect of the employee: Provided that subsistence and transport allowances received, achievement awards and payments for overtime worked shall not be regarded as remuneration’.

Employers should also generally take care to avoid unintentionally granting their employees contractual rights (over and above the statutory rights) to these BCEA working time protections – otherwise employees whose earnings increase beyond the threshold, which would ordinarily result in them no longer being entitled to the statutory working time protections, may end up still being entitled to the protections because their contracts (entered into at a time when they earned less than the threshold) inadvertently give them contractual rights thereto.

This article was initially published by Stuart Harrison of ENS employment law department.

Short URL to this article: http://tinyurl.com/9b7oqau 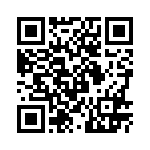