Fronting is regarded as fraud, and has now been criminalised as an offence in the B-BBEE Amendment Bill with a penalty of a maximum of 10 years in jail and 10% of a company’s turnover.

Below are some examples of fronting practices:

1.  Window-dressing: This includes cases in which black people are appointed or introduced to an enterprise on the basis of tokenism and may be:

a.  Discouraged or inhibited from substantially participating in the core activities of an enterprise; and

b.  Discouraged or inhibited from substantially participating in the stated areas and/or levels of their participation;

2.  Benefit Diversion: This includes initiatives implemented where the economic benefits received as a result of the B-BBEE Status of an enterprise do not flow to black people in the ratio as specified in the relevant legal documentation.

3.  Opportunistic Intermediaries: This includes enterprises that have concluded agreements with other enterprises with a view to leveraging the opportunistic intermediary’s favourable B-BBEE status in circumstances where the agreement involves:

a.  Significant limitations or restrictions upon the identity of the opportunistic intermediary’s suppliers, service providers, clients or customers;

b.  The maintenance of their business operations in a context reasonably considered improbable having regard to resources; and

c.  Terms and conditions that are not negotiated at arms-length on a fair and reasonable basis.

4.  The black people identified by an enterprise as its shareholders, executives or management are unaware or uncertain of their role within an enterprise;

5.  The black people identified by an enterprise as its shareholders, executives or management have roles of responsibility that differ significantly from those of their non-black peers;

7.  There is no significant indication of active participation by black people identified as top management at strategic decision making level;

8.  An enterprise only conducts peripheral functions and does not perform the core functions reasonably expected of other, similar, enterprises;

9.  An enterprise relies on a third-party to conduct most core functions normally conducted by enterprises similar to it;

10.  An enterprise cannot operate independently without a third-party, because of contractual obligations or the lack of technical or operational competence;

12.  An enterprise buys goods or services at a significantly different rate than the market from a related person or shareholder;

13.  An enterprise obtains loans, not linked to the good faith share purchases or enterprise development initiatives, from a related person at an excessive rate; and

Please contact us if you are uncertain whether any structure could be seen to be a fronting practice before it is too late!!!

Short URL to this article: http://tinyurl.com/othpo87 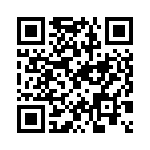