Give back my taxes!

Every year, the Minister of Finance reports back on the taxes that SARS has managed to collect during the course of the year from taxpayers. Some of this money is rightfully theirs, but a significant portion is actually due as a refund to taxpayers who do not claim these refunds as a result of tax ignorance. These are the lower income earners, the very ones that Government has indicated that they wish most of the tax relief to go to.

Taxpayer education is definitely something that the South African Revenue Service (“SARS”) has been working on (to their credit). However, the aim of taxpayer education is primarily to ensure that people pay their taxes. Arguably, there has been little or no education for those who have paid taxes and are due a refund because their earnings are under the tax threshold (i.e. the level of earnings on which tax becomes taxable).

Those affected are the students who are paying their way through varsity by doing casual work and the man on the street who cannot get permanent work and therefore works on casual basis at different employers. Most of these people earn under the tax threshold.

There are thousands of people who fit into this category. This tax year, the tax threshold is R57 000 i.e. people who fall under this threshold do not pay taxes. However, casual workers are generally taxed at 25% on the very first cent that they earn. These individuals should therefore receive their taxes back but the only mechanism for them to do this is to register as a taxpayer and file a tax return. Arguably, not even 10% of these individuals know that they can claim their taxes back.

This is a failing on SARS’ side as well that of employers. Failure by SARS to educate individuals of their rights and knowingly (or unknowingly) benefiting financially is not defensible.

As indicated, in order to obtain a refund, one needs to register for taxes and file a tax return. For those individuals who now wish to claim their refunds for the last few years, the same process needs to be followed. The problem that they will probably face is that the SARS computer system will impose a penalty for late registration and late filing of tax returns. Alternatively, if they go into the tax office, it is likely that the official will refuse to register them because they are under the threshold.

SARS should consider a simplified manner to deal with these individuals. One method for SARS to consider is for SARS to use the individuals’ bank details on the employees’ tax certificate. At the end of the year, SARS could then send a letter to the taxpayer at the address stipulated on the certificate requesting that these individuals declare whether or not they have earned any income from other sources. To the extent that they are actually under the threshold, the taxes should be refunded. Alternatively, the withholding rate of 25% should be substantially reduced or removed in total.
The fiscus has been financially benefitting from the ignorance of taxpayers for several years. Steps now need to be taken to educate and enable people to rightfully claim back their taxes. So SARS, give them their tax back!

Short URL to this article: http://tinyurl.com/8zquhb7 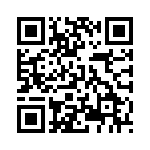