The state ’s decision to abandon a clause in the new Taxation Amendment Bill requiring research and development projects (R&D) to be pre-approved for tax incentives has been welcomed, even though there will still be an approval process.

The initial inclusion of the pre- approval clause in the Taxation Laws Amendment Bill raised concerns that firms involved in R&D would be bogged down with more red tape. SA spends less than 1% of its gross domestic product (GDP) on R&D. The government aims to increase that to 1,5% in 2014.

However, Catalyst Research Solutions MD Dolv Paluch said the incentives had failed to raise R&D spending, with the figure sliding from 0,95% in 2006 to 0,92% at present. This compares poorly with China where R&D spend is 1,5% of GDP and Australia’s 2% of GDP.

He expressed concerns about firms having to expose their intellectual property when filing applications for approval. “It will require a huge amount of trust that their information will not be leaked.”

Until section 11 D of the Income Tax Act was amended, companies undertook research and claimed the tax incentives at the end of the tax year. Mr Paluch said the nature of research was such that one was never sure what direction it would take. Without the regulations that will flow from the finalised act, questions remain on how the process will work and how the South African Revenue Services will interpret it.

Imraan Patel, the deputy director-general in the Department of Science and Technology, said the regulations could only be published for public comment once the bill has been signed into law by President Jacob Zuma .

Short URL to this article: http://tinyurl.com/958mdfd 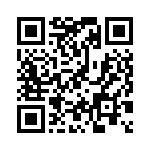