One of the common misperceptions for consumers surrounding medical cover is that a comprehensive medical scheme will be enough to meet their needs. However, while this should be sufficient to meet their immediate healthcare needs, it may not be enough to pay for all financial commitments, particularly for self-employed professionals.

A study released in November 2010 by the Association for Savings and Investments of South Africa (ASISA) estimated that over the course of the following 12 months, an estimated 52 000 income earners would suffer total and permanent disability. The same report also revealed that the average South African income earner is underinsured by R900 000 in the event of disability.

According to Tamar de Freitas, Product Specialist at PPS, the financial services provider to graduate professionals, these figures highlight the necessity of breadwinners having sufficient protection in place. “Income replacement and income disability policies are hugely important as the benefits pay a monthly income when the claimant is not able to work temporarily or permanently up to a defined age. It also ensures the continuation of an income stream at a time when one may need to concentrate on their recuperation.”

“Income protection benefits are ideally suited to the self employed professional, as any time taken off work due to ill health or incapacity will have a direct bearing on their ability to earn an income. Professionals who have a private practice such as veterinarians or a doctor do not just need to cover their own salary but also the salaries of their staff as well as locums to work while they are ill.”

She says many companies also limit income protection benefits to 75% of the earned income. “If this is the case it may be advisable for certain professionals to consider additional options such as top up schemes, which pay out 100% of the income for varying periods of time. However it is also important to bear in mind that with the rising cost of medical care, as well as other unforeseen incidental costs such as needing a driver or family counselling sessions, additional income may also be required.”
De Freitas advises consumers to take the time to speak to their financial adviser about the type of income protection benefit that may be most suitable for their needs and whether additional top up schemes may be necessary.

Short URL to this article: http://tinyurl.com/9xjbf9m 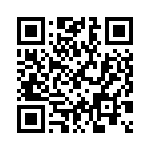