Information the currency of tax collection

THE South African government plans to improve the exchange of tax information between government agencies and departments as well as with other countries.

Finance Minister Pravin Gordhan said in his February budget speech that plans were in place to make the exchange of information between government agencies simpler. The government is also considering revisiting the secrecy provisions that limit the ability of official agencies under the umbrella of the finance minister to share information with each other.

The proposals, which have still to be drafted by the National Treasury, are intended to narrow the tax gap, improve the rate of tax compliance, and further reduce the amount of lost tax revenue. All of these are considered necessary for the tax authorities to make better use of their resources.

The South African Revenue Service (SARS) would like to see more interaction between government departments. One of the causes of the financial crisis could be traced to the lack of information, says Joseph Rock, head of the Large Business Centre at SARS.

SA is also obliged to provide information on request to other countries with which it has a double-taxation agreement, even though SARS may not have any interest in the information itself, says Vedika Andhee, a director in human capital and PAYE (pay as you earn) at Ernst & Young.

Better communication with foreign administrations requires smooth links at home, and for now the computer technology in place at SARS does not “speak” to other government agencies. This means SARS’ computer system is unable to obtain information on taxpayers from these agencies . This situation is a result of the confidentiality restrictions between government agencies, Rock says.

Maemo Machete, deputy director of the Large Account Unit at the Department of Home Affairs, says the department can talk to other countries and foreign embassies and exchange information on matters relating to illegal migration and other types of criminal activity. However, the department’s database is not connected to that of SARS or other agencies. Machete’s department would, however, like to see a link between the two departments in the future.

SARS collected R598,5bn in revenue for the 2009 -10 financial year, R8,1bn more than the revised estimate announced in the February budget.

SARS commissioner Oupa Magashula has pointed out that tax administrators will need to strengthen their co-operation and share information if they are to manage multinationals effectively.

Magashula says SA is moving towards closing the tax gap. However, he says that it is difficult to quantify the tax gap. “We have to be certain that we can depend on a figure and explain it before we release any percentage.”

Every year, SARS carries out between 65000 and 70000 audits, Rock says. “SARS tries to identify the areas of biggest risk (when carrying out an audit),” he says.

Only those considered the biggest risk will be audited, he says, adding: “These are not necessarily the big fish. Those that don’t comply are high-risk. We focus our attention on them.”

Beric Croome, a tax executive at Edward Nathan Sonnenbergs, says SA is in the process of negotiating or finalising various tax exchange agreements with other jurisdictions. These include Argentina, Bermuda, the Cayman Islands, Isle of Man, Jersey, Lichtenstein, Monaco, and San Marino.

In response, the Organisation for Economic Co-operation and Development (OECD) last month announced a peer review process on the exchange of information.
SA is not a member of the OECD but has observer status. The OECD has announced that SA will be subjected to the review process in the course of next year.

Short URL to this article: http://tinyurl.com/8jebx4t 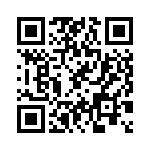