Cape Town – Amendments to the broad-based black economic empowerment (BBBEE) amendment bill were passed in the National Assembly on Thursday.

The bill sets up a commission to monitor and receive complaints of “fronting” – a practice whereby companies misrepresent their empowerment status in order to win lucrative contracts.

If passed, fronting will be made a crime and the commission could seek the prosecution of guilty parties.

All political parties supported the bill, with the exception of the Freedom Front Plus.

FF Plus MP Anton Alberts said his party would have preferred the bill to be based on socio-economic criteria and not on race.

In the current bill, beneficiaries of BBBEE are defined as Africans, Coloureds, and Indians.

While supporting the bill “in principle”, Democratic Alliance MPs wanted the government to move away from “defining race”.

“We think what is required is to move towards a definition of ‘disadvantaged’,” DA MP Wilmot James said.

ANC MP Joan Fubbs said the bill was an important economic imperative and that she, as a “white person”, supported the inclusion of a race based definition for the intended beneficiaries.

“The amendment of [the] BBBEE [Act] will have a positive impact on employment, income redistribution and economic growth transformation in a developmental state,” Fubbs said.

She said fronting was a sanitised term used to define fraud.

“I hope you build another jail for these fraudsters honourable Minister [of Trade and Industry, Rob Davies],” she said.

The Congress of the People backed the bill, but said it should not be misused to enrich only a “well-connected few”.

“More wealth was created in South Africa since 1994 than in the previous 300 years…. Not enough of that was passed on to black South Africans,” Cope MP Nick Koornhof said.

Briefing journalists before the house sitting, Davies said the level of black economic empowerment in the economy remained extremely modest.

“We also found there were significant challenges of fronting in the economy,” said Davies.

“Most of us know fronting [is when companies] take the cleaner or the gardener and call them the CEO of the company and they are not actually the CEO. They are just put up there so the company can present itself as a black-owned company.”

Companies had found other ways to engage in fronting.

“Some of it [fronting] is embedded in contracts where people are given discounted voting rights on boards, positions on boards which are public relations orientated rather than [contributing to the] natural direction of the company,” he said.

The company would then claim to be an “empowered company”.

According to the amendment bill, companies convicted of fraud related to fronting could face a fine of 10% of turnover, or the person responsible for misrepresenting the BEE status could go to jail for up to 10 years.

Short URL to this article: http://tinyurl.com/mkf5aak 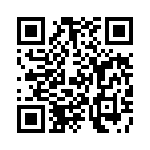