On 8 November 2016, the DTI published proposed thresholds for “major B-BBEE transactions” for public comment. In terms of this publication, all major B-BBEE ownership transactions, as per code 100 of the B-BBEE Codes of Good Practice, equal to or greater than R100m, calculated by either combining the annual turnover of both entities or their asset values, must be registered by the B-BBEE Commission.

Short URL to this article: http://tinyurl.com/oh693t3 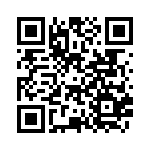