Business Day reports that the BEE Commission is investigating several companies and entities for allegedly violating the B-BBEE Act. Major names amongst those under investigation include Netcare, Nokia, MTN, Eskom and the South African Social Security Agency (Sassa). She is also investigating six verification agencies.

It seems that the issue primarily being investigated is the nature of Broad-Based schemes and the Commissioner’s view regarding the interpretation of the Statement 100 and in particular the provisions regarding the definition of participants and the proportion of their distributions.

The current uncertainty relates to black ownership via Broad-Based schemes after the study by the DTI on the subject and various comments by Government Officers about “Active” and “Passive” shareholding.

Short URL to this article: http://tinyurl.com/y9n8ldba 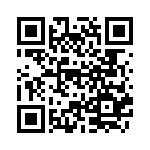