Mantashe: I have serious issues with BEE

Johannesburg – ANC secretary general Gwede Mantashe has said he has “serious grievances” with BEE focusing on shareholding rather helping beneficiaries gain a deeper understanding of business on Tuesday.

He was addressing analysts as part of the ANC’s programme to speak to various sectors in South Africa.

Mantashe said the ANC would meet the Black Business Council (BBC) to discuss the strengths and failures of black economic empowerment (BEE) and the role of state procurement in transformation of the economy.

A representative from the BBC had complained that the government’s procurement policy had gone wrong.

Various delegates raised questions about the effectiveness of BEE policies.

Mantashe responded that he had a problem with the idea of BEE.

“I have a serious grievance with BEE… focusing on shareholding with beneficiaries not being operational.”

He said if the beneficiaries of BEE deals were not part of operations, they were not gaining a deeper understanding of the business in order to grow.

“Operational exposure, to me, is more powerful than just ownership…”

Not a window-shopping CEO

Mantashe drew parallels with when the Afrikaners were in power from 1948 to 1994.

“Afrikaner capital, after 40 years in power,… they couldn’t produce a single CEO of mining, not one.”

All CEOs of mining companies up until 1994 were white and English.

“We should not wait for 40 years to produce genuine black CEOs who can run companies.”

He commended Exxaro Coal’s South African CEO Sipho Nkosi for not being a “window-shopping CEO”.

“Sipho Nkosi is not a big shareholder, but he is very operational… he knows mining. To me, that is how we are going to transform the economy.”

When questioned about factions within the ANC, Mantashe said they had been around for years.

“I wish we can have an organisation that has no factions.”

He spoke of a Pan-Africanist faction splitting from the ANC amid “violent polemics” in 1959.

“It was then, it is today, it will be in future,” Mantashe said.

However, he said: “When there are confrontations in an organisation, we always exaggerate them as always a division about to see a split. I think that is a flawed analysis when there are politicians.”

He said the contradictions helped move the party forward.

“The fact that people have different views… actually it sharpens you.”

“As we support black business, black business must bring a commitment of delivery, cost-competitive and quality of items that are procured,” he told analysts and business people in Soweto.

He asked why a government-built school cost a minimum of R20m to construct, while a private sector-funded school only cost around R5m to R10m.

“Something is wrong with this system of creating layers and layers of business because the primary objective of building a school is made secondary… to creating business beneficiaries.”

Mantashe said the primary outcome of the ANC lekgotla in July was that the government needed to drop the system of tenders.

It needed to move away from giving business to black companies, and then afterwards arguing about quality and cost.

Mantashe suggested that black businesses look to SizweNtsalubaGobodo, South Africa’s largest black auditing firm, as an example of how to succeed.

The company started small, but now handled the entire audit account of parastatal Transnet because of the quality of its work, Mantashe said.

This article was originally published by Fin24 – click here

Short URL to this article: http://tinyurl.com/9gq577f 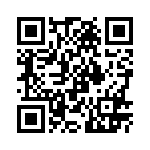