“Agreements on measures to strengthen labour stability and collective bargaining and on modalities for the introduction of a national minimum wage” have been signed.

The Deputy President stated that:

“The social partners have resolved to set the national minimum wage at a level that has a meaningful impact on the wages of the lowest paid workers while minimising any negative impact on employment.”

It has been agreed that no business is excluded from the NMW. A business will have the option to apply for an exemption from the NMW if it cannot afford to pay wages at the level of the NMW. Businesses that are exempt will have to pay a percentage of the NMW and the exemptions will only be provided for 12 months at a time.

Employers should prepare for the implementation of the NMW.

Article republished with permission from:

Short URL to this article: http://tinyurl.com/j79e43n 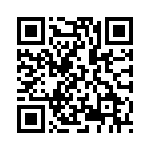