The Minister of Trade and Industry Rob Davies announced at the B-BBEE summit that the new Broad-Based Black Economic Empowerment (B-BBEE) Codes of Good Practice will be released by government on Friday, 11 October 2013.

Below are some of the salient features of the revised codes which were revealed at the summit:

Short URL to this article: http://tinyurl.com/mz5cd9n 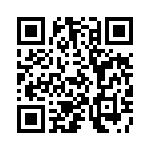