This article was first published by ENSafrica (www.ENSafrica.com) on 2 August 2016.

Over the past year, the broad-based black economic empowerment (“B-BBEE”) landscape in South Africa has been completely overhauled and has become more stringent. Among the most significant changes are the:

A fronting practice is defined in the Broad-Based Black Economic Empowerment Act, 2003, as amended (the “B-BBEE Act”), as a transaction, arrangement or other act or conduct that directly or indirectly undermines or frustrates the achievement of the objectives of the B-BBEE Act and/or the Codes of Good Practice (the “Codes”).

A person found guilty of a fronting practice could face a fine and/or a prison sentence of up to 10 years. If the guilty party is a juristic person, such as a company, it could face a fine of up to 10% of its annual turnover. In addition, such an enterprise may not contract or transact any business with any state body or public entity for 10 years. It must also be entered into the register of tender defaulters, which the National Treasury may maintain for that purpose. Lastly, an enterprise involved in a fronting practice could suffer significant reputational harm.

Establishment of the B-BBEE Commission

Upon submission of the prescribed form and other related documents, the B-BBEE Commission must, within 10 days, issue a certificate of registration, provided the requirements for registration have been met. Unfortunately, the Regulations do not clearly stipulate what these are.

The Regulations further recommend that parties to a major B-BBEE transaction take steps to seek appropriate advice prior to concluding the transaction, including through the advisory services of the B-BBEE Commission.

Importantly, the obligation to now register a major B-BBEE transaction does not in any way prohibit or prevent the parties from implementing the transaction. The risk is that the B-BBEE Commission may require the unwinding or restructuring of a transaction that has been implemented if there is non-compliance with the B-BBEE Act, which is likely to result in severe timing and cost implications. To circumvent the risk of “unscrambling” a transaction (particularly a complex one), it would need to be assessed (on a case-by-case basis) whether it is prudent to delay implementing the transaction until the B-BBEE Commission has not raised any concerns following the 90-day review period. It is also highly recommended that all parties to a major B-BBEE transaction seek appropriate advice from their advisors in order to satisfy the requirements of the Regulations.

It is important to note that a similar obligation is placed on measured entities operating in particular sectors for which a sector code has been gazetted.

B-BBEE has not really achieved what was originally intended. One of the most unfortunate consequences has been the emergence of different types of fronting practices, which appear to have become the norm. Accordingly, regulators of B-BBEE, such as the B-BBEE Commission, are determined to regularly scrutinise B-BBEE transactions and monitor the compliance of measured entities with applicable B-BBEE legislation.

Stakeholders are hopeful that the registration of major B-BBEE transactions and the reporting duties placed on certain measured entities will provide a certain degree of transparency and enable the B-BBEE Commission to identify and remedy the unintended consequences of B-BBEE.

Short URL to this article: http://tinyurl.com/z2veeee 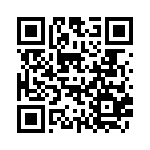