South Africa’s new Companies Act aims to reduce the bureaucratic burden on small businesses – but, says Kevin Phillips of financial software developer idu Software, private sector business practices are likely to undermine some of the Act’s intentions.
The promised gains are most likely to materialise in the area of financial reporting requirements, says Phillips.

“In terms of the Act, companies are required to undergo an annual audit once they exceed a threshold Public Interest Score,” says Phillips. “The score is quite easy to calculate: Put plainly and at the risk of over simplifying you count one point for each employee, each individual shareholder, each R1m of turnover and each R1m of debt to a third party.”

Strictly speaking, says Philips, “this means the vast majority of the SME market shouldn’t need to go to the annual trouble and expense of an audit. If you are an owner-managed small business, there is likely to be little an audit can tell you as a shareholder that you don’t already know.”

However, he cautions, in reality audits are still likely to be required. “The requirements for reporting to the government are one thing, but banks may have other ideas,” he says. “If you want an overdraft or other form of financing, I’m afraid an audit may still be required but now as a banking requirement.”

“This is one case where red tape can’t be laid at the door of government,” notes Phillips. “Anybody who lends you money is still in all likelihood going to want the reassurance of independently reviewed or audited financial statements.”

Short URL to this article: http://tinyurl.com/9ma2z4k 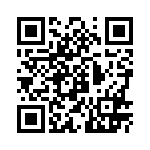