The film industry has a direct annual turnover of more than R2.65bn.

The new tax exemption in respect of film, which came into effect in January, should make investing in the local film industry more attractive. Which is one reason why numerous investment proposals from filmmakers have crossed Mazars’ desks since the beginning of the year.

Filmmakers have sharpened their pencils in light of the new incentive, and a wide range of exciting projects are out there for interested investors.

The new incentive, found in Section 12O of the Income Tax Act, eliminates all income tax on film profits for a ten-year period from the time the production becomes marketable. It applies to local productions and co-productions with overseas companies, of feature films, documentaries and animations that have been approved by the National Film and Video Foundation.

South Africa has signed co-production treaties with four countries: Canada, Italy, Germany and the UK. This means that any official co-production is regarded as a national production of each co-producing country, making it eligible for any benefits or programmes of assistance available in either country. South Africa also has a memorandum of understanding relating to film with India.

The exemption only applies to investors in a film while it is being made. No benefit is available to investors who buy rights to the film after its ready to be marketed.

The exemption is limited to original investors as they’re the ones taking the risk. It is also limited to income an investor makes from the sale and distribution of the film. It does not apply to any guaranteed income such as a salary that an investor might earn from being directly involved in making the film.

Section 12O replaces Section 24F, which took the form of an up-front allowance for production costs. The previous regime left the door open for tax schemes, with some investors getting into the business for the sake of the write-offs, as opposed to being genuinely interested in film. It was also far more onerous for filmmakers in terms of paperwork.

Taxpayers will still be able to claim a limited net loss after two years, but doing so will mean losing the new exemption going forward.

Short URL to this article: http://tinyurl.com/9wxxg4o 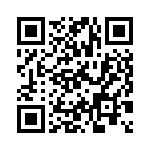