PRETORIA – The Commission for Conciliation, Mediation and Arbitration (CCMA) has welcomed the Constitutional Court ruling which confirmed its interpretation of the Labour Relations Act and ensures a sole employment relationship for workers employed for more than three months.

In the past, the worker held a dual employment relationship with the brokerage and the company where he’d been placed.

The commission first heard and ruled on the matter in 2015 and ruled in favour of the National Union of Metalworkers of South Africa (Numsa).

The CCMA’s Sello Morajane says the ruling will change the lives of the country’s vulnerable workers who were exploited due to a lack of clarity about their rightful employer.

“What this means in practice is that if you’re a worker who has been working under a company and organisation for three months or more, you’re now permanent and eligible to receive the same benefits as permanent employees.”

The African National Congress has also welcomed the ruling, saying it does away with a practice it believes was unfair and exploitative.

Numsa believes the ruling dealing with the Labour Relations Act could put an end to labour brokering.

In the past, the worker held a dual employment relationship with the brokerage and the company where he or she had been placed.

The Constitutional Court ruling means that a worker placed by a labour broker at a company becomes that firm’s employee with no contractual tie to the labour broker after three months.

Hlubi-Majola added that: “They have defined the relationship of the employee and labour broking companies as a temporary one, as a relationship that cannot exceed three months.”

She said this ruling will advance the protection of workers’ rights.

“We no longer want to see a situation where labour brokers come and companies abuse these relationships way beyond the three months which have been allocated in the labour laws.”

The union said it will continue its fight to completely ban labour brokers.

Short URL to this article: http://tinyurl.com/yd4krrk4 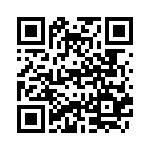