The system will officially work on a 1-100 point scale with points being awarded to a business should they meet the allocated regulation criteria.

80 points are calculated on the quoted price and 20 points based on B-BBEE status.

These 20 points will automatically be awarded to businesses for all tenders valued at less than R50 million who are fully B-BBEE compliant.

For all tenders valued at more than R50 million, being a B-BBEE contributor will net you a maximum of 10 points.

The remaining points are based on the following calculation: 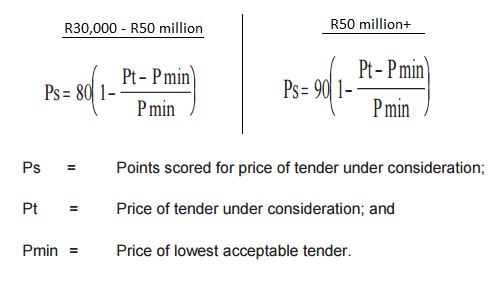 Companies can only score a maximum of 80 or 90 points in the value criterion, even if the result of the calculation above exceeds that total.

In addition the regulations set out the rules for pre-qualification criteria.  These are pre-qualifying criteria government can set out  to advance certain designated groups in the run-up to the above calculations taking place.

The regulations deem the exclusion of all businesses that are not 51% black-owned to be an acceptable minimum pre-qualification criteria.

Notably, companies will lose BEE points if their bids indicate that they will be subcontracting 25% of the total value of the bid to other companies that do not also qualify using the metrics above.

Finally, the regulations set out a “functionality” test, which will be determined on a case by case basis.

The only specific requirements for this test is that functionality being offered by the business may “not be so low that it may jeopardise the quality of the required goods or services”; or “so high that it is unreasonably restrictive”.

The regulations will come into effect as of 1 April. They are, however, expected to undergo a comprehensive reform over the coming year, which could be heavily influenced by the ANC’s push towards radical economic transformation.

Short URL to this article: http://tinyurl.com/jffc9kt 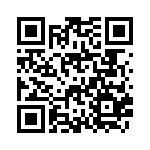