But SAIPA says fight against fraud needs other weapons too

SAIPA, the SA Institute of Professional Accountants, has welcomed the new Companies Act’s move to compel public companies to institute whistle blowing. However, it emphasises, this is but one weapon in the arsenal to fight fraud and theft that’s at the disposal of companies.

“Implementing a whistle blowing mechanism is a generally expensive exercise that needs to be done correctly in order for it to be effective, “ says Ettiene Retief, chairman of SAIPA’s national tax committee. “But there’s a lot that even smaller companies can do to make sure that their profits aren’t eroded by white collar criminals.”

Previously, only listed companies and government agencies were required by law to institute whistle blowing mechanisms. However, according to Retief, the new Act’s requirement that all public companies do so signals government’s commitment to stamp out corruption and theft, which he says is more widespread than most business owners wish to admit. “Any business owners who say their companies are exceptions are probably deceiving themselves,” he says.

How successful are whistle blowing mechanisms? As demonstrated by SARS, they can be very effective, but only if they’re set up correctly and marketed adequately. “A phone line to the MD’s office will never work,” says Retief, explaining that the typical process includes a third party to record the information given anonymously, which then needs to be followed up correctly.

“The set up may include e-mail and toll-free phone recording mechanisms. The people recording the information need to be equipped to validate the information and deal with it in terms of risk assessment. A proper reporting mechanism then allows for the information to reach the audit committee which then typically decides how to proceed,” he says. “Clearly, rather complex underlying structures need to be in place in order for the whistle blowing process to work.”

Furthermore, as with any great product, it’s only any good if people know that it exists. “The success of SARS’ whistle blowing mechanism rests heavily on the fact that it’s well marketed and that the organisation publicises its successful busts. This encourages employees to report dodgy behaviour because they have confidence that someone will actually do something about it.”

“Companies who want to stamp out corruption cannot afford to hush it up for its power lies in secrecy. Creating a culture within the workplace that doesn’t tolerate crime is the first step to rooting it out,” says Retief.

Whistle blowing works well, but it works infinitely better in concert with other anti-fraud and corruption controls – ones that are more affordable for smaller companies and often easier to implement. These include reporting controls for everything from petty cash to stock control.

“In essence, it’s harder for someone to steal from your company if, for example, two signatures are required on a form. An appropriately skilled Professional Accountant (SA) would be able to advise on the many ways in which internal controls can be applied to crack down on theft,” says Retief.

“The thing is, if people think they can get away with stealing something, they will try, especially if they feel somehow justified in doing so because they didn’t get a pay increase or times are tough. And if they get away with it once, they’ll get braver the next time,” he concludes. “That’s why introducing such internal controls as proper flow of documentation and segregation of duties is vital.”

Short URL to this article: http://tinyurl.com/8fn4ldy 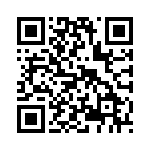