The Draft Taxation Laws Amendment Bill 2011 (the TLAB) was released for public comment on 2 June 2011. As expected, the majority of the tax proposals announced in the Minister of Finance’s 2011 Budget Speech are contained in the TLAB.
What came as a surprise, however, is the announcement of the suspension of section 45 of the Income Tax Act with effect from 3 June 2011. Section 45 permits the tax free transfer of assets within a group of companies and has become a useful tool to effect commercially driven group restructures tax efficiently.

In a media statement accompanying the release of the TLAB, National Treasury expressed the view that where the original goal of section 45 was to ensure that the tax system did not pose a barrier to intra-group transfers, section 45 has been abused and has taken a vastly different course. National Treasury feels that 45 has become a key acquisition tool with it being used in so-called “debt push-down structures”, resulting in target company assets being freely placed in a location where substantial interest deductions can be applied against operating target company income. National Treasury also expressed the view that section 45 greatly facilitates the use of excessive debt schemes and other tax aggressive funding structures.

During the period of suspension, National Treasury will re-evaluate the need for the relief offered by section 45 along with its concerns relating to excessive debt.

Although the need to protect South Africa’s tax base can be appreciated, the outright suspension of section 45 is an exaggerated approach to resolving the indicated concerns of National Treasury. Legitimate, commercially driven intra-group transactions and normal merger activity that do not involve any tax aggressive debt funding will now be inhibited. One would have expected that National Treasury would rather have attempted to expand the anti-avoidance provisions contained in section 45 to address its concerns. Furthermore, section 45 and the other corporate roll-over provisions in the Income Tax Act are all subject to the general anti-avoidance provisions contained in the Income Tax Act and the South African Revenue Service has these powers at its disposal to attack impermissible tax avoidance arrangements.

One can only hope that enough public pressure will be put on National Treasury whilst the TLAB is open for comment to re-consider this outrageous approach and that the final Taxation Laws Amendment Bill placed before Parliament contains a more sensible solution. At this stage, however, this appears unlikely.

Short URL to this article: http://tinyurl.com/97krvym 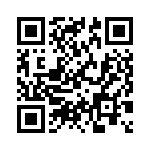