SARS has issued the Draft Taxation Laws Amendment Bill, 2010. Below we discuss the more relevant proposed amendments.
1. Intra-group supplies on loan account
Currently, all vendors registered on the invoice basis for VAT must pay back input tax claimed to the extent these vendors have not paid for the supply within 12 months. The pay-back provision aims to create neutrality for the fiscus in the event that the creditor claims input tax when writing off a bad debt.

Where group companies are involved, the 12 month period is too restrictive. Often, group companies make supplies on loan account and for commercial reasons do not clear these loan accounts. Current law requires that the recipient company pays back the input tax deducted on the supply where it has not paid the supplying company within 12 months.

It is proposed that the pay-back provision should in the case of group companies only be triggered if there is a written agreement for the cancellation of the debt by the parties involved. This cancellation will enable the creditor to claim VAT when the debt is cancelled and simultaneously require the debtor to pay back the input tax in respect of the outstanding debt.
2. Removal of double charge on cessation of a vendor’s enterprise
Similar to the above amendment, where vendors registered on the invoice basis have not paid their suppliers within 12 months, the input tax previously claimed must be paid back to SARS. Additionally, if a vendor deregisters from the VAT system, the vendor makes a deemed supply of all assets or rights associated with the vendor’s enterprise at the time of deregistration. This deregistration aims to create neutrality based on the premise that the vendor has previously claim input tax for the assets purchased. Consequently, a vendor that ceases to be a vendor may be liable for VAT under two different provisions. It is therefore proposed that the double charge on the cessation of a vendor’s business be removed.
3. Movable goods supplied to a foreign going ship or aircraft
The supply of movable goods by a vendor to the owner or charterer of a foreign-going ship (or a foreign-going aircraft) can be zero rated, depending on certain requirements. The current zero rating for supplies made by a domestic vendor to a locally stationed foreign going ship (or aircraft) only applies to commercial transport. As a result, certain foreign-going ships (or aircraft) that are temporarily stationed at local ports are not covered by the zero rating provision.

It is proposed that all movable goods supplied to a foreign naval ship/vessel and aircrafts qualify for zero rating.
4. Imported services
This amendment will offer a vendor who is required to calculate and pay VAT on imported services to elect to calculate and pay the VAT to the Commissioner in the VAT 210 return corresponding to the tax period in which the supply was made.
Additional Tax Levied by SARS

It has would appear from our recent experiences that SARS is currently becoming increasingly aggressive with regard to non-compliance identified. In this regard, we are aware of instances where SARS has levied not only penalties and interest, but substantial additional tax as well. The additional tax was levied based on issues identified in external and internal reports but, in SARS’s view, not acted upon by the vendor. We therefore recommend that where a vendor is aware that it may be non-compliant with regard to the VAT Act, it takes the necessary steps and corrective actions to either become compliant or inform SARS about any difficulties being experienced in becoming compliant.

Short URL to this article: http://tinyurl.com/9hbfmay 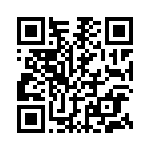