Many may not be aware but Chapter 14 of the Companies Act, 1973 is still very much alive and in force.

Chapter 14 relates to the winding up of companies and most notably contains Section 424 which tackles the personal liability implications of directors who knowingly participate in fraudulent conduct and reckless trading.

In the case of McLuckie v Sullivan 2011 (1) SA 365 (GSJ), McLuckie paid monies over to a Company of which Sullivan was the sole director. However, Sullivan knew at the time that the Company would not be able to meet its financial obligations without the monies received from McLuckie. Shortly after, the Company could not meet its obligations to McLuckie and subsequently applied for liquidation.

McLuckie applied to the Court to recover his debt from Sullivan by utilising Section 424(1) of the old Companies Act. The Court found that as Sullivan was the sole director and shareholder of the Company, he would have known that the Company would not be able to meet its obligations without the funds received from McLuckie. Despite knowing this information Sullivan continued to pursue liquidation even though he was aware that McLuckie would not receive a dividend from the liquidation process.

The Court found Sullivan guilty of reckless conduct of the affairs of the Company and ruled him to be personally liable to McLuckie for the debt incurred.

Directors must proceed with caution and continually review their actions to ensure that they are acting in line with their fiduciary duty to the Company.

Should you have any queries, please do not hesitate to contact either Dave or Alexis.

Short URL to this article: http://tinyurl.com/9fu4my4 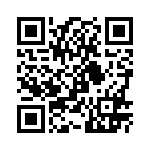